Police arrest a 32-year-old Singaporean, second from left, during a raid on a condominium room in Huai Kwang district, Bangkok, on Thursday. The suspect is wanted in his country for allegedly hacking personal accounts on social media platforms. A 28-year-old Thai woman, right, was also arrested. (Photo supplied/ Wassayos Ngamkham)

A Singaporean fleeing to Thailand for allegedly hacking personal accounts on social media platforms in his country has been arrested in Bangkok.

A team of police arrested Ong Jian Zhen, 32, at a condominium in Huai Kwang district, Bangkok, on Thursday.

Ananyalak Chuenjai, a 28-year-old Thai woman, was also arrested after the officers seized a sachet of crystal methamphetamine, two sachets of ketamine and one sachet of illicit drugs called Erimin 5 from the room. An electronic balance and three bank accounts were also seized.

On Oct 26, immigration police had arrested the Singaporean for using a fake passport to enter the country. However, he had been temporarily released on bail and escaped, said Pol Col Phadol.

Police launched the investigation and found his whereabouts in Bangkok. They tracked him down to his room and arrested him and the Thai woman there.

The arresting team initially pressed charges against the suspect as shown in the arrest warrant. The officers charged him and the woman with colluding in possessing illicit drugs and handed them over to Sutthisarn police for legal proceedings. 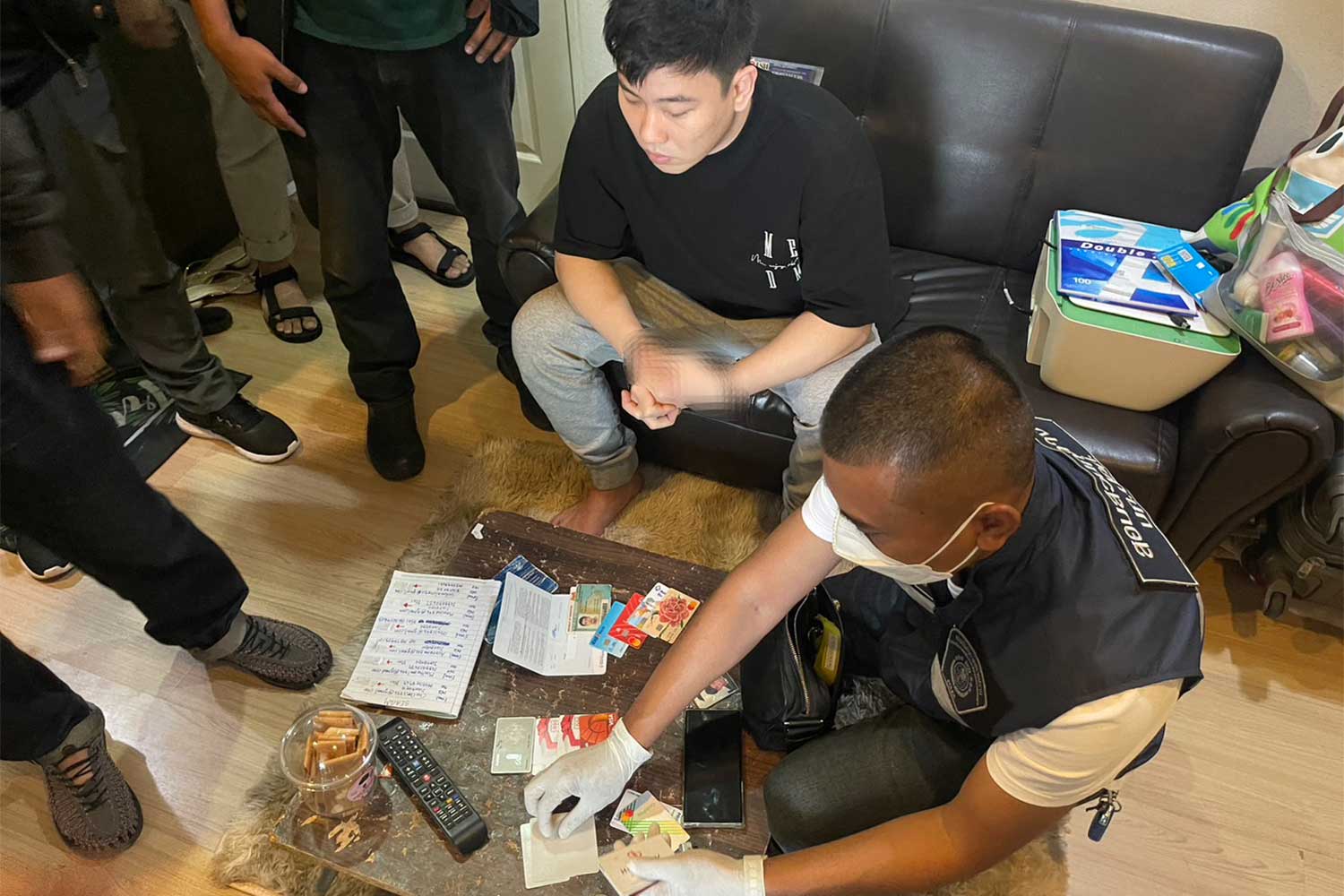 Some sachets containing illicit drugs and other items are seized from the condominium room of the Singaporean suspect in Bangkok's Huai Kwang district during the raid on Thursday. (Photo supplied/ Wassayos Ngamkham)