Officials welcome the first group of Chinese tourists to arrive in Thailand at Suvarnbhumi airport on Jan 9. (Photo: Varuth Hirunyatheb)

Thailand is the world's No 1 most-searched travel destination ahead of Chinese New Year week, with Suvarnabhumi Airport expecting to see over 1.8 million incoming Chinese tourists on Jan 16-28.

The platform said Thailand went up another place after finishing second last year.

This time around, searches involving the kingdom comprised 26.7% of all travel-related queries on the region.

Asia Pacific will be popular among international tourists in 2023, with some speculating that tourism might be the only industry in the region to make a full recovery this year, he said.

Sojern also reported that flights to cities in the Asia Pacific region during Chinese New Year are most desirable among tourists from Singapore, the US, Thailand, Taiwan and Japan.

Of that figure, Mr Kittipong said that 1.3 million will be international tourists with 454,996 domestic travellers.

That would represent an increase of 10,965 arriving and departing flights during the time period or an average of 843 flights per day, with 7,635 international flights and 3,330 domestic flights, said Mr Kittipong.

Mr Kittipong added the airport had collaborated with its shops and restaurants to provide Chinese signs for Chinese tourists.

It has also prepared information videos in eight languages introducing transport options from the airport to the city such as Airport Rail Link, public buses and airport limousines. 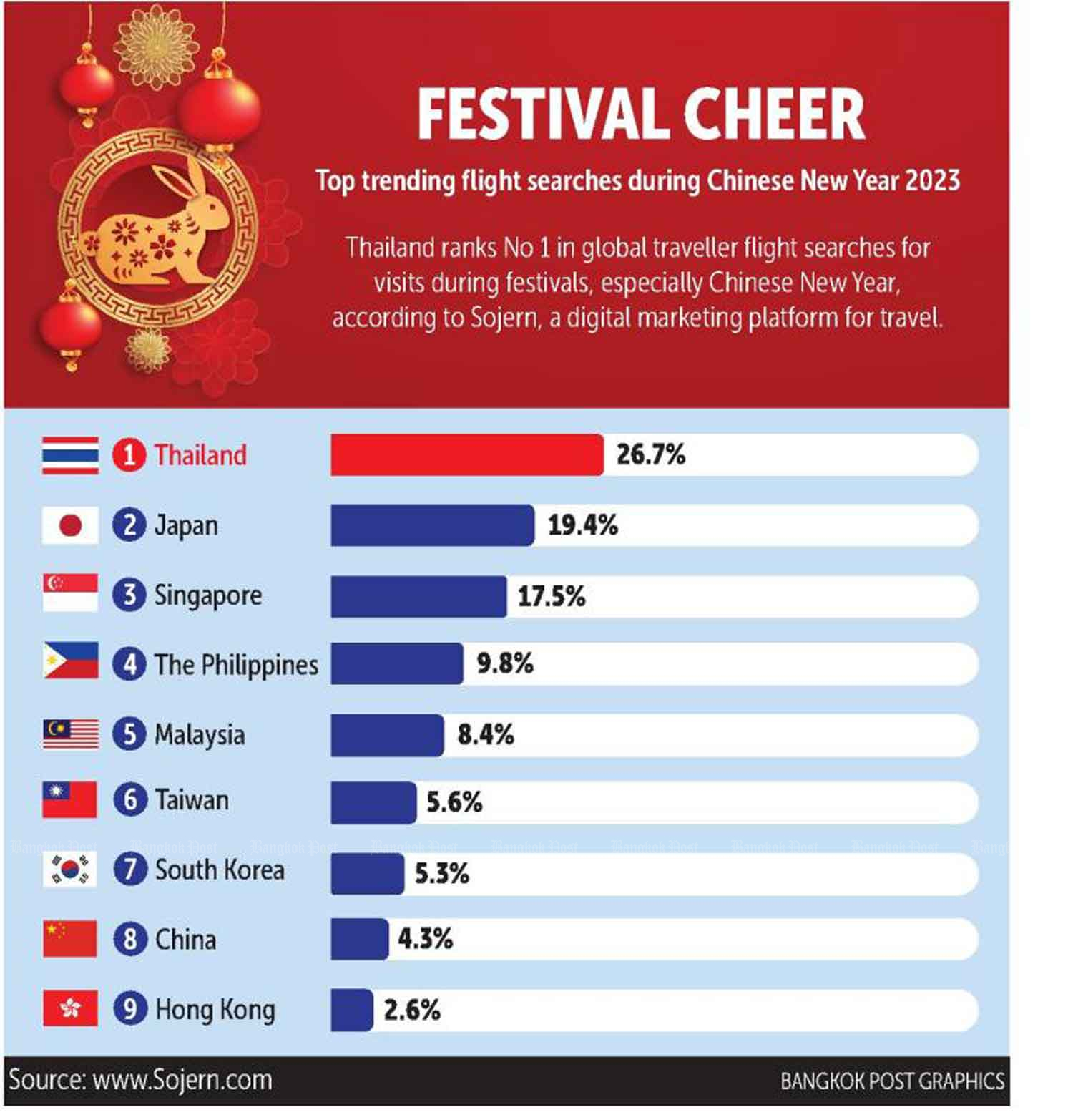