Department of Special Investigation chief Traiyarit Temahiwong has been abruptly transferred over the alleged extortion of a bribe by DSI officials and police and subsequent release of 11 Chinese suspects found hiding in a Bangkok house formerly occupied by the consul-general for Nauru.

Effective immediately, Mr Traiyarit was moved to the Central Institute of Forensic Science (CIFS), to serve as acting director.

A source said the sudden transfer of the DSI chief was linked to allegations that Mr Traiyarit’s right-hand man had sought cooperation from a senior officer at the Patrol and Special Operations Division, better known as 191 Police, to coordinate with a deputy commissioner at the Metropolitan Police Bureau and obtain court approval for the search at the former home of the Nauru consul-general in Bangkok on Dec 22 last year.

Police and DSI officials involved in the search allegedly extorted about 9.5 million baht in bribes in exchange for the release of 11 Chinese nationals found hiding on the premises.

The house was formerly rented by a consul-general of the Republic of Nauru.

Former politician and massage parlour tycoon Chuvit Kamolvisit posted on his Facebook page on Sunday, alleging that the consul-general's former house was now sheltering illegal Chinese nationals and served as a place to forge passports and visas.

The residence was rented by Chinese nationals running "grey businesses", according to Mr Chuvit. He alleged that those Chinese used false diplomatic licence plates on their van and falsified the signature of the former consul-general to rent the luxury house.

During the search on Dec 22, the officers arrested 11 Chinese nationals, one of them on Interpol’s Red Notice list, and found 8 million baht in cash. The Chinese had allegedly escaped a raid at the illegal Jinling pub complex, which catered to Chinese tourists, on Charoen Rat Road in Bangkok on Oct 26.

All the suspects found in the house were released in exchange for 5.5 million of the seized funds. Whistleblower Chuvit also alleged that the officers had demanded an additional 4 million baht, to be picked up from a petrol station by the Chinese interpreter.

On Tuesday, the DSI chief insisted the DSI had not ordered the accused officials to search the former consul-general's premises on Dec 22. He also denied reports that his right-hand man coordinated with 191  Police in organising the raid. 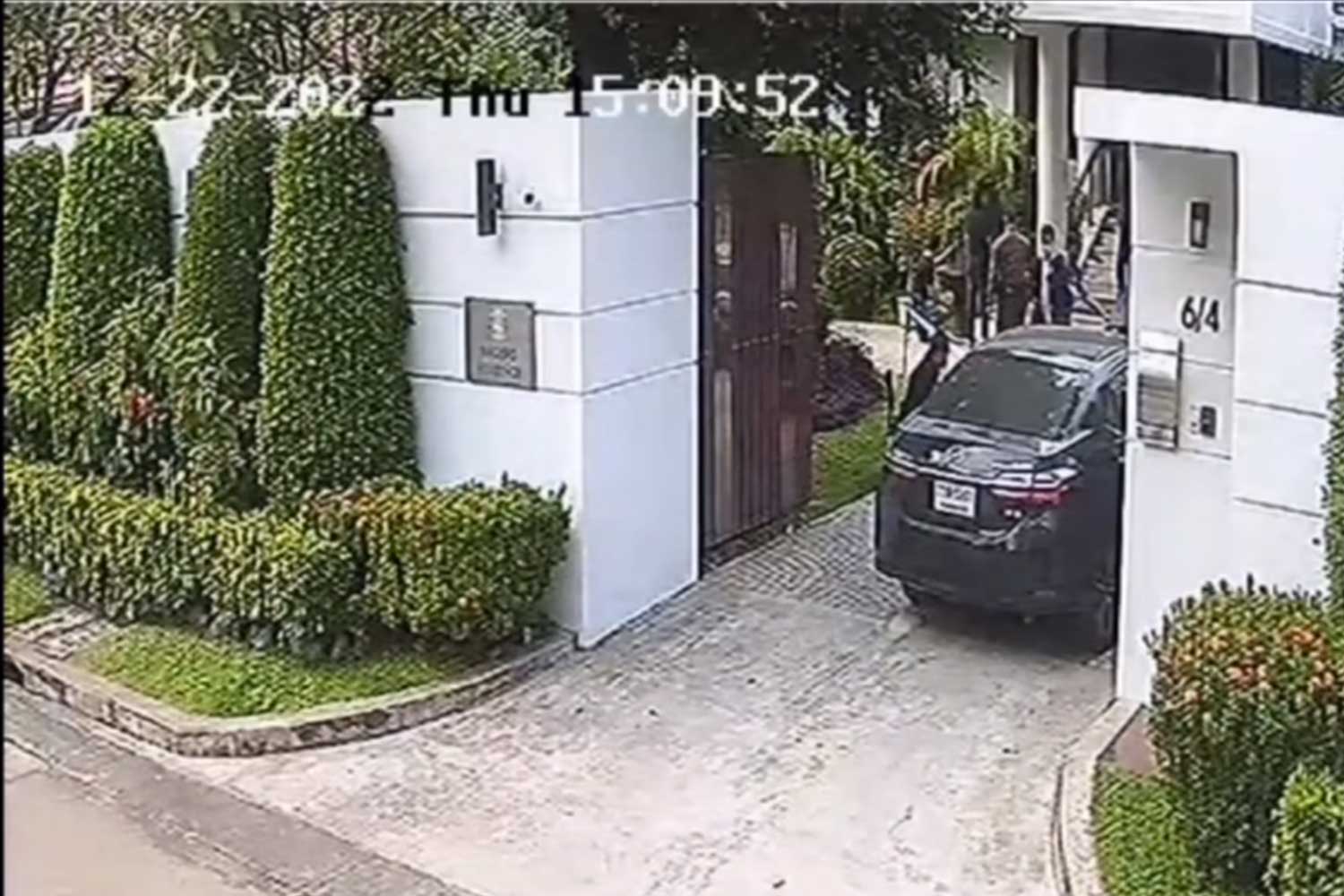 A car carrying police and officials from the Department of Special Investigation enters the residence of a former consul-general of the Republic of Nauru in Sathon district, Bangkok, on Dec 22, where 11 illegal Chinese suspects were found hiding. (Capture from video: Chuvit Kamolvisit Facebook page)