A picture captured from a viral video clip posted by a tourist from Hong Kong shows a police motorcycle escort at Suvarnabhumi airport.

Two traffic and one tourist police officers who appeared in a video clip posted online while delivering a VVIP service to a Chinese woman have been identified and are facing a probe.

The service included an immigration clearance shortcut at the airport and a traffic-dodging police escort all the way to her hotel in Pattaya. The woman posted the clip to a Chinese social media platform.

The three officers have been transferred to the Command Centre of the RTP pending an investigation, he said.

The investigation is being carried out to prove whether their use of the police vehicles, as shown in the video clip, led to personal gains and if there was anyone else involved.

The chief and deputy chief of the officers' division, and their supervisors, will also be investigated, he said. 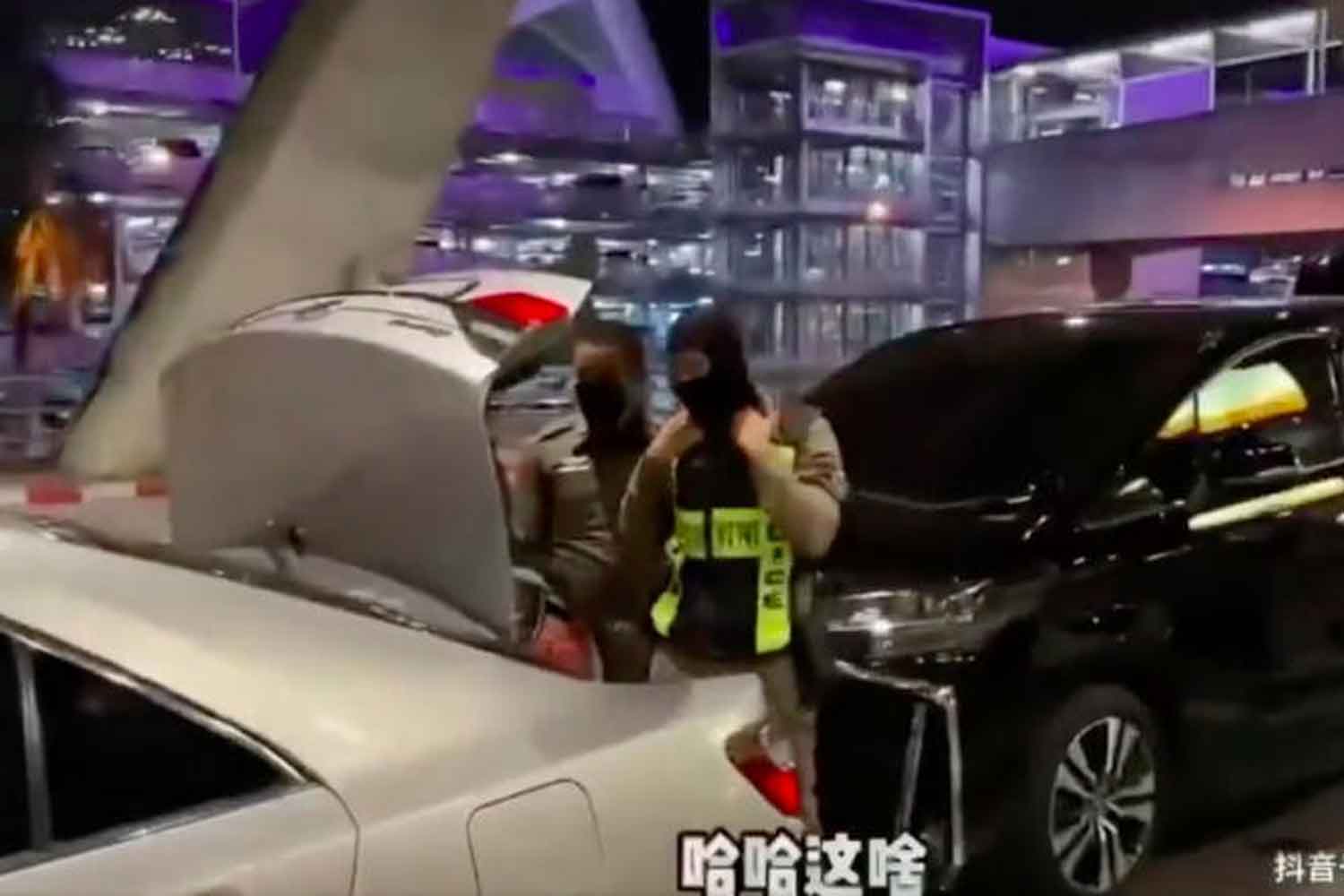 A picture captured from a viral video clip posted by a tourist from Hong Kong show two police officers load the visitor's luggage into a car truck.

Bypassing immigration clearance at the airport is unlawful while official escorts are provided to only very important persons, politicians and state guests, he said.

The Chinese tourist in the clip was also identified by name in the investigation but her identity won't be disclosed, he said, adding the woman travelled along with her mother.

Pol Capt Somphon is facing not only an investigation for the current incident but also a probe into his past performance in the role, said Pol Maj Gen Apichat.

He said initial findings show that the officer escorted the car using his personal motorbike. However, he said this case is a disgrace to both the TPD and the RTP as a whole.

In the clip posted on Douyin, a Chinese social media platform, the woman claimed she paid 7,000 baht for a car motorcade that she and her mother rode in and 6,000 for a motorcycle escort.