Police have found more than 4,300 kilogrammes of urea based fertiliser and other materials used for making explosives in a building in Samut Sakhon's Muang district after the arrest of a middle-east terrorist suspect, national police chief Priewpan Damapong said Monday.

More than 200 police raided a three-storey commercial building in Mahachai area after Atris Hussein, a Lebanese man carrying a Swedish passport who has suspected links to the Hezbollah militant group was arrested at Suvarnabhumi airport on Friday evening. He confessed that explosive ingredients were hidden there, Pol Gen Priewpan said.

He said 4,380 kilogrammes of urea based fertiliser, 260 litres of ammonium nitrate and 400 electric fans were found on the second floor of the building. The police also discovered many pairs of slippers, A4 paper and 400 table fans on the ground floor.

The terror suspect told investigators that the terrorist group had not  been planning attacks in Thailand. It just wanted to hide the components in Thailand. They were then to be concealed inside table fan boxes and shipped to other countries, according to the suspect, Pol Gen Priewpan said.

He said the suspect had rented the building from Kritsana Promchana on Jan 1, 2010 and the explosive materials had been hidden in the building for quite some time. 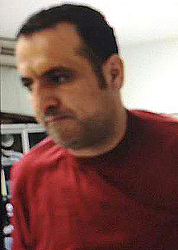 "Mr Atris wanted to tell the Thai people that they should not be worried as there will be no terrorist attacks in Thailand, definitely," said the police chief.

Assistant police chief Charamporn Suramanee said the urea based fertiliser and ammonia nitrate will be kept at the military's  Quartermaster's  Department for further inspection.

Pol Lt Gen Charamporn said possession of these items made a person liable to a five-year prison term and a fine of 50,000 baht.

She said Pol Gen Priewpan had briefed her on the discovery of the explosive materials.

"More security staff have been deployed to many public areas and people should not be worried about their security," Ms Yingluck said.

When reporters asked her about Israel's comment that an attack would occur before Feb 12, the premier said there will be no such incident before that day. 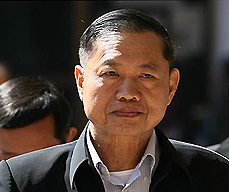 "We can assure the safety of the people and foreign tourists. I've instructed the Foreign Ministry to coordinate with other countries, so please be at ease," Ms Yingluck said.

Deputy Prime Minister in charge of security affairs Kowit Wattana also insisted said the government will ensure the  people's safety  and that they need not be concerned about the terrorist warnings issued by several foreign governments.

He said the Special Branch Police, international police and the Royal Thai Police have been working together following the terror suspect's arrest.

"At this time, there is no information of any terrorist activity and I ask the public not to be worried," Pol Gen Kowit said.
Do you like the content of this article?
COMMENT (27)
MOST RECENT
World