Muslim leaders believe today's visit of a delegation of the Organisation of Islamic Cooperation (OIC) will remind the Thai government that fair treatment of Muslim Thais is a crucial part of ending the violence in the Deep South.

There is also hope that the OIC, which is trusted by Muslim insurgents, will be able to act as a mediating body between separatists and the government.

Angkhana Neelaphaijit, chairwoman of the Working Group on Justice for Peace and wife of Muslim lawyer Somchai Neelaphaijit _ who disappeared on the night of March 12, 2004 and is yet to be found _ said she was disappointed that the government did not invite her to meet OIC representatives. 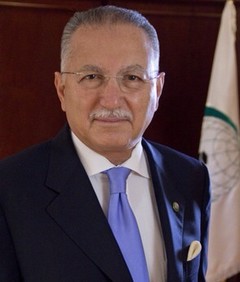 Ekmeleddin Ihsanoglu of Turkey, secretary-general of the OIC.

Ms Angkhana said she believed the delegation could act as a mediator in the negotiations of the peace process between insurgent groups, which trust the OIC, and the Thai government.

She said the government should persuade the OIC to help engage separatist groups in a constructive manner.

Ms Angkhana said if she had had a chance to meet the OIC delegation, she would have raised the issues of human rights violations and the unfair treatment of Muslims in southern Thailand.

"I believe these are the causes of increased violence," she said.

"There has been no progress [over the past few years] on the disappearance case of my husband."

Violence resurfaced in the Muslim-dominated southern provinces of Pattani, Narathiwat and Yala in January 2004, when armed insurgents attacked a military camp in Narathiwat's Cho Airong district, killing five military officers and making off with 470 guns.

Until now there have been no signs of the bloodshed abating, prompting several international organisations, including the OIC, to take notice.

The delegation will spend a week travelling in Thailand, including the deep South, to gather information concerning the latest developments in the conflict. They will end their visit on Sunday.

Their findings will be published in a report during an OIC conference this November in Djibouti in East Africa.

Somboon Ahmad Bualuang, former member of the now-dissolved National Reconciliation Commission to address problems in the South, said he believed the visit of the OIC representatives will help the government become more aware of the need to adopt policies that address violations of the basic human rights of Muslim Thais.

"When they [the OIC] visit the deep South, the government will have to take them to talk to various groups of people affected by violence, not only authorities," Mr Somboon said.

Former Thai ambassador Surapong Jayanama, who worked to address problems in the deep South when he was deputy secretary to prime minister Gen Surayud Chulanont, said the government should use the opportunity to urge the OIC to condemn all violence.

"The OIC condemned us when violence was caused by the state, such as the Krue Se and Tak Bai clashes and the disappearance of Somchai Neelaphaijit," said Mr Surapong, who was also part of the Abhisit Vejjajiva administration's efforts in the deep South.

Foreign Ministry spokesman Thani Thongphakdi said the OIC will have a greater understanding of Thailand after their trip, when they will meet both academics and civil society representatives.

"But if the violence still persists, the OIC will still pay attention to it because it is a matter of protecting the Muslim minorities around the world," he said.

The OIC was previously the Organisation of the Islamic Conference. It changed its name in June 2011.