Two civil servants were killed and five others wounded in an ambush by suspected insurgents in Narathiwat’s Cho Airong district on Monday evening.

Fifteen civil servants from government agencies in Sungai Padi district were heading home in a chartered song taew pickup when gunmen who were hiding in a roadside rubber plantation fired at least 30 shots with M16 assault rifles at the vehicle.

The shooting instantly killed Naowarat Leenin, 29, an agricultural research officer at the Sungai Padi District Agricultural Office; and Pateemah Sa-rae, 34, an officer from the same office.

The five injured suffered gunshot wounds and cuts from shattered glass. They included three staff of the Tambon Paluru Municipality, a member of the Tambon Sungai Padi Administrative Organisation, and a teacher at Ban Jua Rae School. 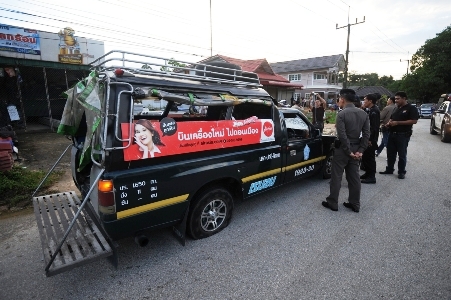 Net-zero target 'can be accelerated'