A survivor of the Santika fire on Dec 31, 2008, outside the Bangkok South Criminal Court on Tuesday to hear the verdict on charges levelled at the pub's owner.

The Appeals Court on Tuesday acquitted Wisuk Setsawat, owner of White and Brothers (2003) Co which ran Santika Pub, of gross negligence leading to deaths and injuries and causing damage to property in connection with the New Year's eve fire on Dec 31, 2008. 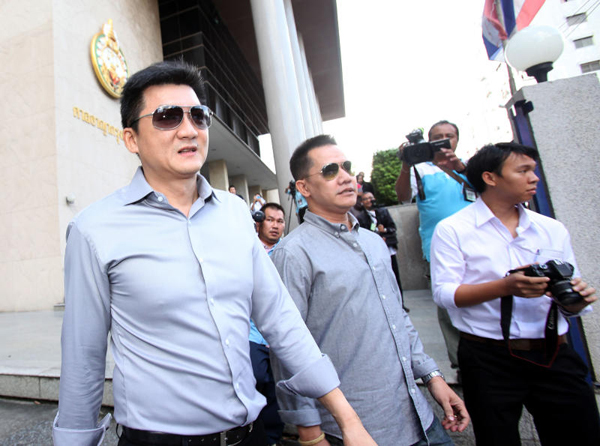 The court ruled Wisuk Setsawat, the owner, was not directly negligent and did not cause the fire.

The court ruled he was not responsible for allowing more than 500 people to enter the pub.

The fire resulted from fireworks lit in front of a stage in the pub and they were the responsibility of Focus Light Sound System Co and its authorised director Boonchu Laoseenart.

The fireworks, which were designed to be fired off outdoors, were lit inside the pub. The fireworks hit the ceiling and caused the fire.

Two years ago, the Criminal Court had sentenced Mr Wisuk and Mr Boonchu to three years in jail, fined the company 20,000 baht and ordered Mr Boonchu and his company to pay 8.7 million baht in compensation for five people killed and severely injured in the fire.

The Criminal Court had acquitted three other executives of Mr Wisuk's White and Brothers (2003) Co and singer Sarawut Ariya who was accused of lighting a firecracker in the pub. The prosecution appealed against the sentence in the singer's case but the Appeals Court ruled that unedited video footage showed the singer had not lit fireworks, and acquitted him.

The Appeal Court upheld the three-year term on Mr Boonchu, the 20,000-baht fine on his company and the 8.7-million-baht compensation order on Mr Boonchu and the company.

Mr Boonchu successfully sought his release on 500,000 baht bail yesterday and will appeal to the Supreme Court.

Rattana sae Lim, 31, who was severely burnt in the fire and is now disabled, said she was disappointed and would file a petition with the Supreme Court. She said she was jobless and the horror of the blaze still haunted her every New Year's Eve.

Malee Thanompanyarak, a relative of a person injured in the fire, said the relatives of all people who had suffered would petition the Supreme Court as they wanted the pub operator to share responsibility because he had hired the company to install fireworks in the pub.

Mr Wiset was also acquitted of violating the Building Control Act and the relatives considered the compensation figure was too small, Ms Malee said.

She said the other side had offered 100,000 baht in compensation. 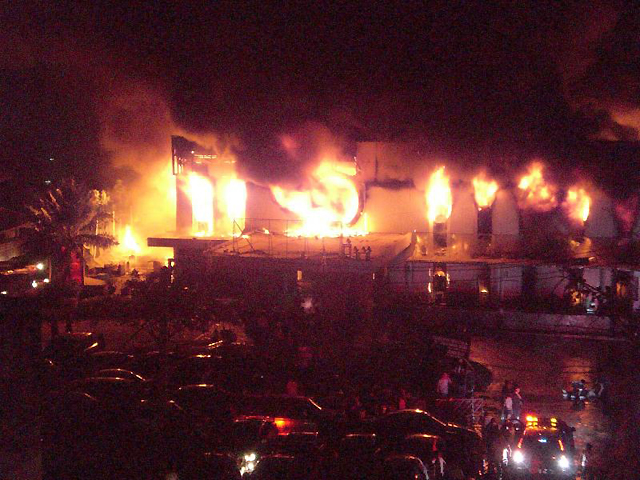 The fire at the Santika pub left 67 dead and 103 injured. (Photo by Nantika Rungwattanapak)

The Suprems Court upholds the death sentence for three men convicted of the murder of a waitress slain in 2016 for having an affair with a woman singer desired by a police colonel.