Narathiwat and Yala provinces were rocked by a spate of bombings and militant-style attacks on Sunday night, killing at least one person and injuring nine, police said. 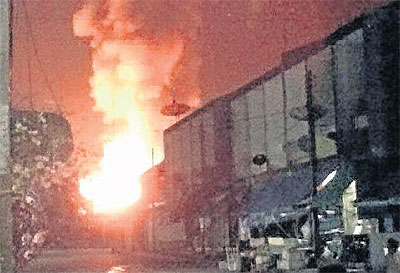 In Narathiwat, bombs went off in three locations in Sungai Kolok district, killing one woman identified as Sarika Mama, and injuring several others, including security officers.

In Yala, bomb blasts destroyed two electricity poles in Yaha district. Bomb blasts also were reported in two spots in Than To district and one spot in Muang district.

Police gave only sketchy details of the attacks which they said were a coordinated effort.