Thailand’s most-respected forensics specialist cast doubts on the police investigation into the death of two British backpackers on Koh Tao Thursday, saying investigators erred when they neglected to involve a forensic pathologist. 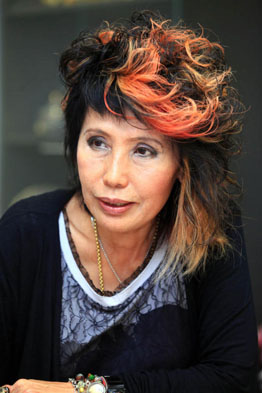 Khunying Porntip Rojanasunan, director-general of the Central Institute of Forensic Science, told the Manager news agency that police did not understand the investigation in the bludgeoning death of Hannah Witheridge and David Miller required a medical examiner.

"The weak point (in the investigation) is that police do not understand that the case requires a forensic pathologist, so the officers who collected evidence did not call in one from Surat Thani Hospital," she said. "A case of two murdered people certainly needs a forensic physician," Khunying Porntip said.

Khunying Porntip's criticism is only the latest blast against the three-week probe into the deaths of the two British tourists Sept 15. A series of bungles - which included allowing tourists to re-enter the crime scene before all evidence was collected - followed by the arrest last week of two Myanmar nationals have led to widespread criticism and accusations the two 21-year-old migrant workers were made scapegoats for the crime.

Khunying Porntip said anyone who entered the crime scene should have received a briefing from a pathologist because it might not have been the only one. Without the involvement of a forensic physician, the investigation might not be complete, she said.

By doing all crime-scene and victim investigation themselves, police contradicted the principles of forensic science, she added.

Meanwhile, state prosecutors on Koh Samui have sent the Koh Tao murder case file back to police after finding some flaws that they feel need to be corrected.

Prosecutor Paiboon Achawananthakhun said on Wednesday the case file had been returned to Provincial Police Region 8 in Surat Thani with no timeframe to indict the two Myanmar men accused of the murder of Witheridge and Miller.

US basketball star Brittney Griner has been released in a prisoner swap with Russia for the arms dealer Viktor Bout, who was arrested in Thailand in 2008 and later jailed in the United States.