Six schools in two districts of the southern border province of Pattani were severely damaged after being torched in an orchestrated attack early Sunday. 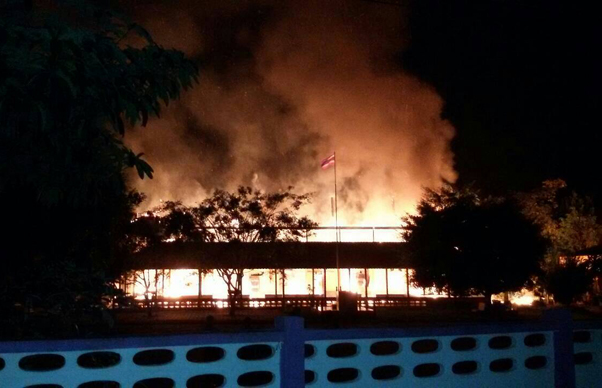 Six schools in the southernmost province of Pattani were damaged after being torched early Sunday.

In Mayo district, Ban Kaso School in tambon Kaso was set on fire at about 5am amid heavy rain.

Somphoch Suwannarat, the deputy governor of Pattani, said after inspecting the schools with a team of police and soldiers that the fires had destroyed most buildings.

Mr Somphoch said the arsonists did not harm any school personnel. The arsonists detained the school security guards and tied their hands and feet before pouring gasoline around the buildings.

He said the arsonists probably wanted to retaliate after an insurgent leader was recently shot dead by authorities in Panare district, Pattani.

Col Winthai Suwari, the army spokesman, said authorities believed the arson attacks on the six schools in Thung Yang Daeng and Mayo districts were probably a retaliatory action because government forces had recently arrested several key militant leaders and taken the offensive by laying siege to suspected targets and seizing a large quantity of equipment for use in insurgency activities.

Gen Udomdej Sitabutr, the army chief, was concerned about the incidents. He ordered Lt Gen Prakan Cholayuth, the 4th Army commander, to quickly examine the damage to the schools, take remedial action for those affected and bring the culprits to justice.

Col Winthai said the army chief would hold a teleconference meeting on Monday with units in the troubled area to follow up the situation.

No group had claimed responsibility for the blazes.

The violence in the deep South has resulted in more than 5,000 deaths since the beginning of 2004. 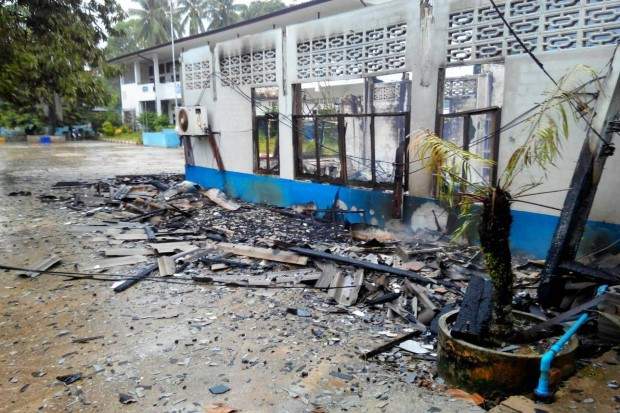