Planning for next year's US-Thai Cobra Gold war games is under way, with military exercises that will involve around 9,000 US troops and 6,000 Thais, new Supreme Commander Worapong Sanga-net confirmed Monday. 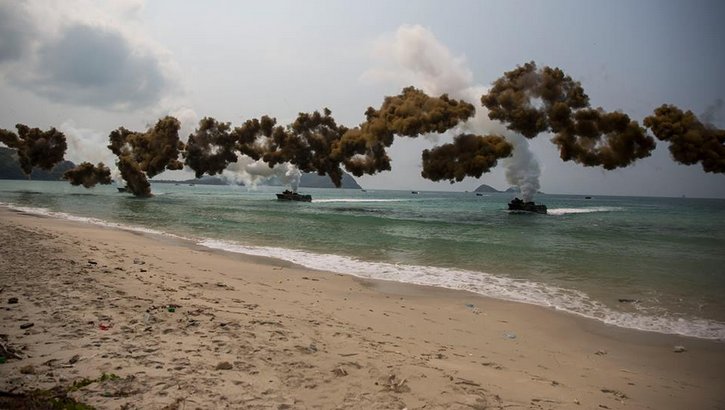 Cobra Gold 2014 in February "stormed the beach" in Rayong province. The next annual exercise, scheduled for February, 2015, will focus mainly on peacekeeping and humanitarian missions. (Photo by US Department of Defence)

Chinese troops will participate in the part of the games involving humanitarian and civilian assistance programmes.

The future of Cobra Gold, first held in 1982, was threatened briefly by the May 22 military coup. US- and Thailand-based rumour mongers tried to spread false reports in June that the US military was considering moving the exercise to Australia, a move that never was contemplated.

The next Cobra Gold will bring some political fallout, however, because of their own dynamic. 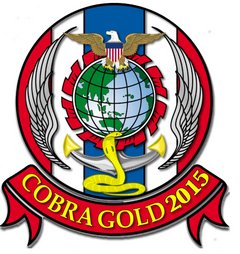 As designed, Cobra Gold alternates each year between large, combat-oriented exercises and a version that focuses mainly on peacekeeping missions. The 2015 exercises will be the "smaller" version, and is likely to see comment that the US is somehow scaling back Cobra Gold to show disapproval of the coup.

Gen Worapong on Monday denied suggestions the United States may scale down the exercises.

As 2015 was initially set as the year for light military exercises, some may think the war games would also be light, he said.

Cobra Gold 2016 will be "heavy", and prove the exercises have not been affected by the coup, he said.

Thai and US military authorities recently met to discuss the joint military exercise and soldiers have already started preparing for it.

A Thai military source said the war games would be conducted in military areas under the jurisdiction of the First Army in the Central Plains and border provinces in the East.

Informal invitations to observe the exercises have gone out to the military attaches and diplomats of countries which previously have attended Cobra Gold — Cambodia, Laos, Myanmar, Vietnam, China, New Zealand, Russia, South Africa, Sri Lanka, Timor-Leste and the Netherlands, the sources said.