The Supreme Administrative Court on Tuesday upheld an earlier ruling by the Central Administrative Court, clearing the Department of Agricultural (DOA) of allegations that it was negligent in the management of its genetically modified papaya field trials in Khon Kaen province in 2003.

Greenpeace Thailand brought the challenge against the DOA in 2006, saying the agency allowed genetically modified (GM) papaya seeds from an experimental field to proliferate across other local agricultural fields. 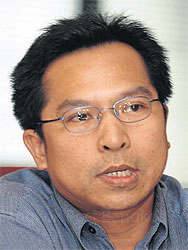 In upholding that ruling, the Supreme Administrative Court said the DOA had authority to grow genetically modified papaya in the field trial at the time.

Since then, the cabinet has passed a resolution, in 2007, banning field trials of GM crops. Although the testing had contaminated local agricultural areas, the court said the DOA properly responded by stopping all experiments, distribution and sales of the GM products. The GM plants were destroyed.

In 2004, lab tests by Greenpeace discovered that packets of papaya seeds being sold to farmers by the DOA itself were contaminated with GM organisms, raising concerns over human health.

They say GM products can lead to antibiotic resistance.

"This is the hard evidence we needed," Greenpeace said at the time.

But the Supreme Administrative Court said Greenpeace had insufficient evidence to present to the court to support its accusation against the DOA.

The ruling was read to Greenpeace's country director Thara Buakamsri at the court's headquarters on Chaeng Watthana Road yesterday.

Mr Thara predicted that with the DOA in the clear, more experiments and field trials of GM crops in the country are likely.

However, he said that if Greenpeace finds further evidence in the case, it will act to prevent the spread of GM crops in Thailand.

The DOA has insisted GM papaya would not be put on sale, and it would destroy all GM-contaminated plants if they were detected in the environment to protect consumers' health.