Criminal charges are being pressed against the owner of a cosmetic surgery clinic where a British woman died under anaesthesia, and health authorities have shut it down for 60 days pending further action. 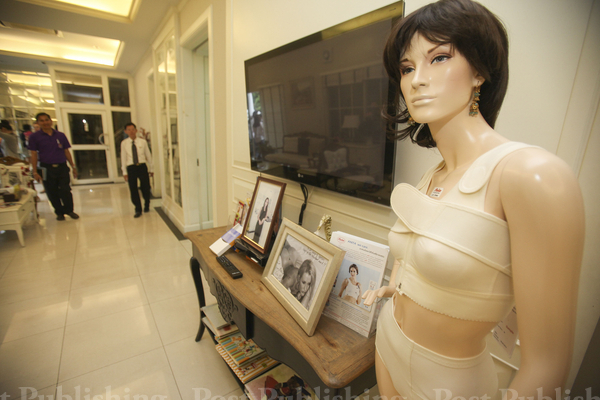 Public health officials inspect SP Clinic on Friday after the overnight death of a British patient. (Photo by Pattarapong Chatpattarasill)

Chayut Maryat, acting commander of the Metropolitan Police Bureau (MPB) Division 2, said Phahon Yothin police had charged Sompob Sansiri with recklessness causing the death of the 24-year-old  woman. He was held and then taken to the Criminal Court for formal detention.

"The owner of SP Clinic could be jailed for a maximum 10 years and fined no more than 20,000 baht if he is found guilty of the offence.

Dr Sompob, 51, denied the charges on the grounds he had treated the patient strictly according to approved medical process. He was released on bail without conditions on Friday night.

The woman's name is withheld pending notification of relatives.

Police called to the clinic in Soi Lat Phrao 41/1 in Huay Kwang district late on Thursday night found the woman patient dead on an operating table. 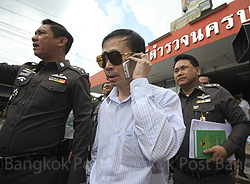 Initial reports said she died under anesthesia during cosmetic surgery.

MPB deputy commander Pol Maj Gen Ittipol Piriyapinyo said an autopsy at the Institute of Forensic Science at Police General Hospital would establish the actual cause of death.

Pol Col Chayut quoted the 51-year-old clinic owner as saying the victim first visited the clinic on Oct 14 for cosmetic surgery and returned again on Thursday to correct her tailbone area.

She died while still receiving an intravenous anaesthetic after the operation. The doctor said he had tried to save her life, he added.

Department director-general Boonrueng Trairuengworawat said the temporary closure was because it provided services at night without authorisation.

The clinic has a licence to provide cosmetic surgery services during daytime.

The clinic's owner could face punishment by the Medical Council of Thailand. The department has forwarded the case to the council to investigate the clinic and the ethnics of the doctors  there.

Police and officials of the Health Service Support Department inspect SP Clinic on Friday after a British patient died and took owner Dr Sompob Sansiri to Phahon Yothin police station and then to the Criminal Court for detention. (Photos by Pattarapong Chatpattarasill)