Bomber thought to be en route to Malaysia

Security officials at the border checkpoint in Narathiwat's Sungai Kolok district have been put on alert following reports that a key Indian terrorist who broke out of jail 10 years ago has fled to Thailand and may try to sneak across the southern border into Malaysia. 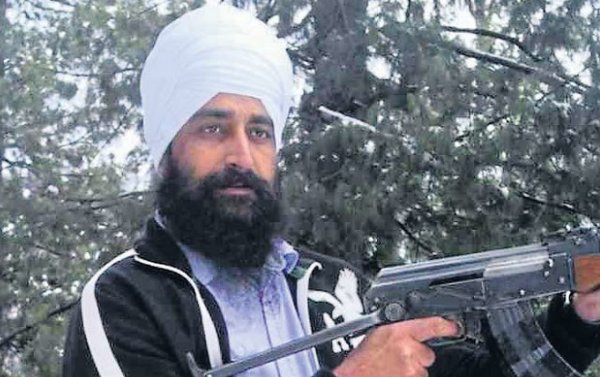 The information about the terrorist, Jagtar Singh Tara, who had been convicted for his involvement in a 1995 bombing that killed 18 people in Punjab, was believed to have been conveyed to Defence Minister Prawit Wongsuwon by Indian government officials during a recent meeting.

Jagtar is known as the leader of Khalistan Tiger Force (KTF), one of the Khalistan terrorist groups operating in India and Pakistan.

He reportedly supplied the car used in the deadly bombing against the then-chief minister of Punjab, Beant Singh, who was killed in the suicide attack along with 17 others, including a number of commandos and VIPs.

Jagtar was a key figure, among several extremists, in plotting the mission. 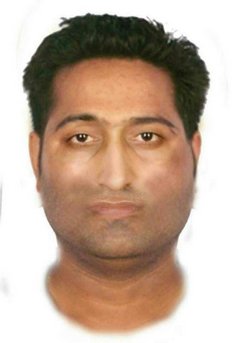 This computer-generated photo shows what Singh might look like if he tries to shave, cut his hair and remove his turban. Photos and alerts were distributed to border authorities in the South on Monday.

Jagtar and the other masterminds were later arrested and imprisoned in the high-security Burail jail in Chandigarh.

But three of them, including Jagtar, escaped through a long underground tunnel in 2004.

They have reportedly started recruiting young men to join the extremists.

The move has been closely monitored by the Indian government following intelligence reports that Sikh militant groups plan to launch the attacks in Punjab and other locations in India.

Col Jataporn said security officials believed Jagtar might be posing as a tourist as he seeks entry to Pakistan by passing through Thailand's Sungai-Kolok district and Malaysia.

He said they will closely monitor travellers who pass through the checkpoint.

Five primary schools in Thung Yang Daeng and one in Mayo district were set ablaze by insurgents in coordinated attacks on Oct 12.

The buildings were mostly destroyed, but no one was injured in the overnight arson attacks.

The deputy minister said he had instructed Isoc officers to step up measures to help protect teachers and students in the South.