Foreigners get 'time to comply' with joint venture changes

The Business Development Department is hosing down fears about Thailand's move to restrict foreign control over joint-venture companies run by Thais, with director-general Pongpun Gearaviriyapun saying such businesses will get a temporary reprieve to comply with the changes.

Ms Pongpun said the proposed amendment to the Foreign Business Act (FBA), which governs the activities of foreign businesses in Thailand, is intended to improve foreign business operations in Thailand to bring them on a par with international standards. 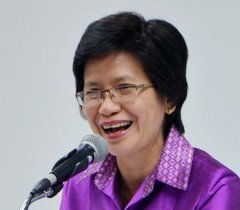 The change will also revise accounting standards, known as Thai Financial Reporting Standards, to address the issue of Thais being used by foreign companies to qualify the company as "local".

"We focus on improving the standard of existing businesses and those contemplating investing in the country to be consistent with current global trade practices and prepare for the launch of the Asean Economic Community at the end of 2015," Ms Pongpun said.

Pornsin Patcharintanakul, vice-president of the Thai Chamber of Commerce (TCC), said he backed the department's efforts to amend the FBA to control foreign activities.

''If we are able to control the nominees of foreign business in Thailand, local businesses will benefit greatly,'' Mr Pornsin said. ''The change could also be an instrument to help deal with corruption in the business sector,'' he said.

Nominees appointed by many foreign businessmen to run local companies would disappear from the business sector after the amended law is enforced, he predicted.

He said past governments had proposed similar proposals to restrict foreign control over joint-ventures companies in Thailand but they were unsuccessful because the change was opposed by politicians.

Referring to firms which might be affected by the law change, Ms Pongpun said industries that will be reviewed under the amendment include e-commerce, telecommunications, logistics, technology-related businesses, and foreign businesses that have been granted permission, but have not begun operation.

Ms Pongpun said the proposed change will also ease restrictions on some industries, such as banking, insurance and stock brokerages.

Under the change, foreign businesses will no longer be required to seek permission from the Foreign Business Committee, she said.

The proposed law change will also reserve certain businesses and occupations only for Thais such as restaurants, food shops, and tourist guides, after it was found that many of these businesses are run by foreign nominees, particularly in provinces that are major tourist spots, such as Chiang Mai, Phuket, and Surat Thani, Ms Pongpun said.

An internal briefing document circulated among foreign embassies sparked fears about possible amendments to the act.

The changes propose closing loopholes that allow Thai designates to be used by foreign companies.

One embassy believes the initiative is being pushed by the TCC as a means to benefit local businesses which are afraid of competition from foreign companies, according to the document.

"The minister of commerce is planning to present this amendment, and it appears that the PM might be supportive as well," the document says.

Chatchai Mongkolvisadkaiwon, who chairs the TCC's trade in services and investment policy committee, previously confirmed Thai businesses have requested an amendment to the FBA to limit foreigners having the majority say in company boards, mainly in the service sector.

Currently, Thai nationals need to hold more than 50% of stock in a joint venture for it to qualify as a local company.

This means that in some instances a company may appear "local" even though foreign interests control it. The law could be passed as early as next year. 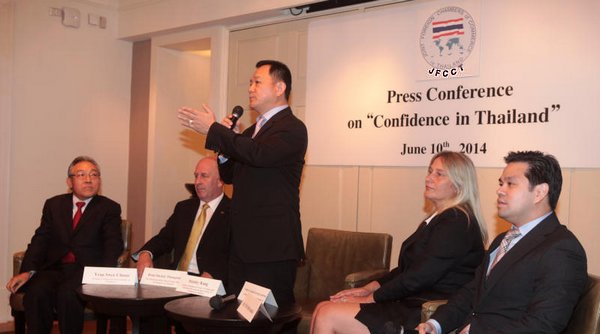 Ms Pongpung says no problem, but members of the Joint Foreign Chambers of Commerce in Thailand (JFCCT) who have been trying to help the junta push investor confidence since the coup say there is a big problem. Some members of the JFCCT are bitter over the attempt to bring in even more restrictions on joint ventures. (Photo by Pawat Laopaisarntaksin)

KUALA LUMPUR: Malaysia has detected its first case of the Omicron coronavirus variant in a foreign student who was quarantined after arrival from South Africa two weeks ago, its health minister said on Friday.