PATTAYA — A 22-year-old Venezuelan was crowned "Miss International Queen" on Friday night at a beauty contest that bills itself as the world's largest and promotes the rights of transsexuals and transvestites. 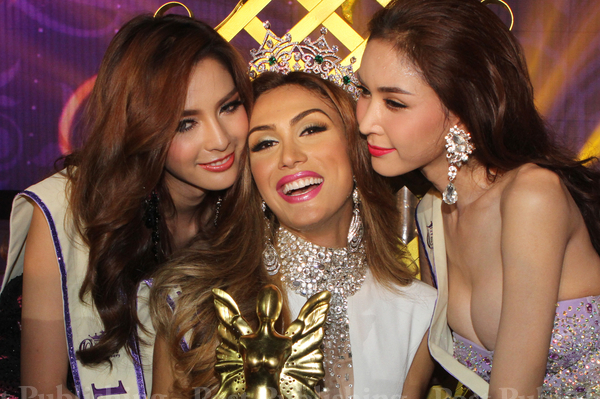 Isabella Santiago of Venezuela (centre) is kissed by runner-ups after she was crowned Miss International Queen 2014 at the transgender/transsexual beauty pageant in Pattaya on Friday. (Photo by Apichit Jinakul)

Isabella Santiago beat 21 contestants from 18 countries to win the title and prize money of $12,500 at a glittering pageant in the Thai resort town of Pattaya. The winner of the 2014 contest can also opt for free cosmetic surgery.

Santiago, who wore a shimmery white evening gown, laughed and said "Sleep!" when asked about her plans after the win.

"When on stage, she is so elegant and that's why the judges' decision was unanimous," said Seri Wongmontha, one of the pageant's judges.

The contest, in its 10th year, was held at the Tiffany's nightclub famous for its transvestite cabaret.

Like other beauty pageants, contestants for "Miss International Queen" paraded in their national costumes, evening gowns and swimsuits.

Miss USA Samira Sitara told Reuters TV that participating in the contest was a "dream come true", and this was the first time she was coming out publicly after being encouraged by friends.

"You know what, this is life and you can't run away from the past. I can't hide it anymore," she said. 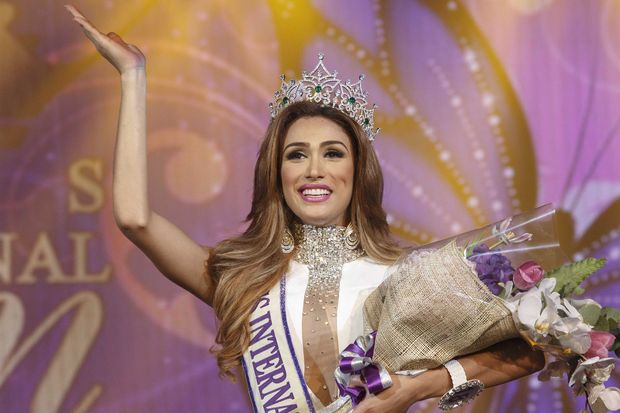 Isabella Santiago of Venezuela waves after she was crowned Miss International Queen 2014 at the transgender/transsexual beauty pageant in Pattaya Nov 7, 2014.