A combined police and military force has seized 310,000 methamphetamine pills in a search of a vegetable farm in Chiang Mai's Mae Chaem district.

Acting on information obtained from this raid, police and rangers surrounded a cabbage farm in Mae Chaem district and scoured the area.  They uncovered three fertiliser bags containing 310,000 methamphetamine pills buried near a hut.

A woman, identified as Lad Sae Song, 40, a Hmong villager, who was found hiding in bushes near the hut was taken for questioning. 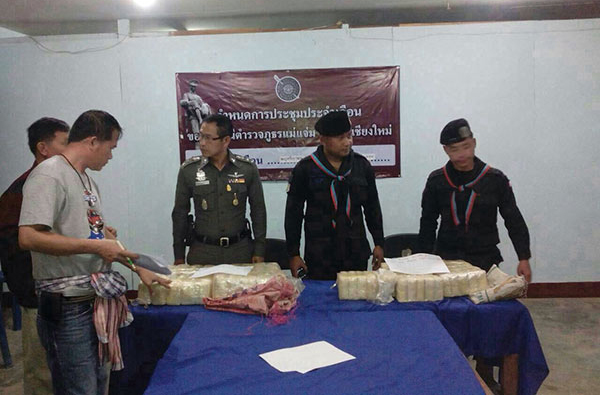 The seized methamphetamine pills were presented at the police station in Chiang Mai's Mae Cheam district.