CHIANG MAI - Police arrested a German man who had stolen donated money from a temple's money trees after being "swindled" by a Thai wife.

The officer said closed-circuit television video footage showed that the German took the money from the temple.

"He had overstayed his visa by 10 months," Pol Capt Thanongsak said.

The suspect will be charged with petty theft and violating migration rules, facing a fine and possible prison time.

Arthit Saichol-amporn, a janitor at Wat Pantao, told police that some banknotes donated by visitors for maintenace of the temple were missing from the money trees on several occasions.

The suspect confessed to police that he worked as a truck driver in Germany. He then took a vacation in Chiang Mai and married a Thai who later "swindled him and left him homeless".

According to police, it was not the first time the man had been caught overstaying his visa. 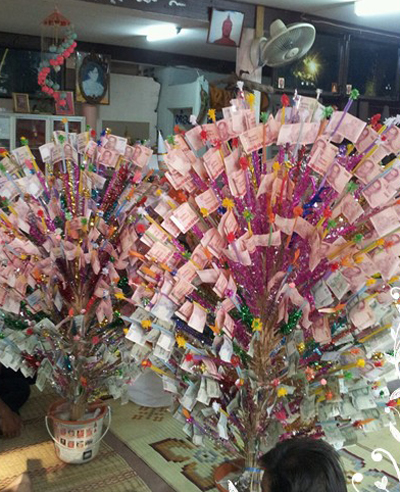