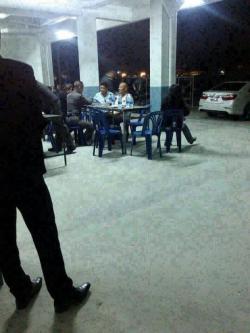 About one billion baht in cash, valuables and assets totalling 10 billion baht have been found and seized during the recent searches of six houses owned by Pol Lt Gen Pongpat.

Among items and cash seized were more than a hundred rare Buddha images, several thousand amulets and a large number of land title deeds, said the same source.

Police commandos searched the houses of the eight suspects after their arrests, said the source.

According to a police source, Pol Maj Gen Boonsueb confessed that he accepted bribes worth 2-3 million baht per month from oil smuggling gangs and the other members of his ring received 12-13 million baht a month from the same gangs.

Even the two drivers of the former CIB chief and deputy chief have assets worth about 50 million baht, the source claimed.

Pol Lt Gen Pongpat, who was detained at Tao Pun police station since 1am yesterday after his interrogation, was charged with violating Section 112 of the Criminal Code, also known as the lese majeste law; Section 148, which deals with misconduct committed by state officials; Section 149, dealing with state officials demanding benefits; and Section 157, dealing with malfeasance. 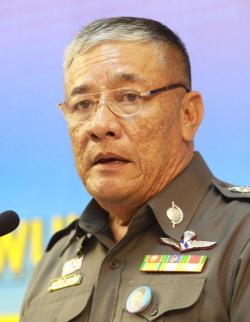 They also were charged with violating Sections 117 and 183 of the law on navigating through Thai waters.

Ms Sahuang and Mr Rerngsak were charged with possessing the carcasses of protected species.

Pol Lt Gen Prawut said police had evidence to back up charges that the suspects had insulted the monarchy and unlawfully sought benefits for themselves, among other crimes.

Details of their wrongdoings and evidence to back up the allegations made against them will be revealed at a press conference soon, he said.

Police will today seek approval from the courts to further detain the eight suspects while continuing their investigations.

Pol Col Akkharawut Limrat, former chief of the Crime Suppression Division's Sub-Division 1, who plunged to his death recently in an apparent suicide, was also found to have been involved in the same misconduct as the eight suspects, Pol Lt Gen Prawut said.

He said Pol Col Akkharawut had committed suicide by jumping off a building because he was under a lot of stress about the alleged misconduct.