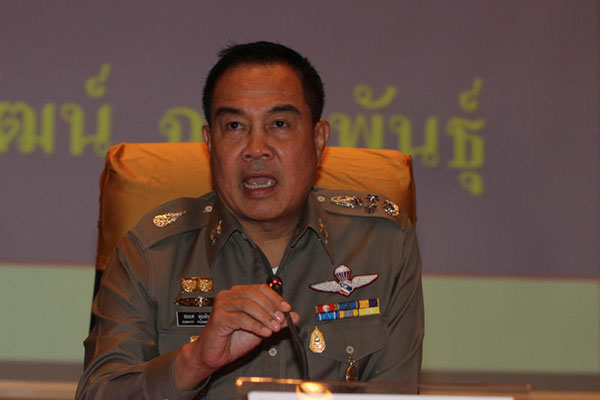 Pol Gen Somyot said the police investigation into Pol Lt Gen Pongpat is continuing. If more warrants are to be issued, police will disclose it publicly.

He insisted that it was just a rumour that investigators would issue warrants for more officers linked to alleged bribe-taking from oil-smuggling gangs and gambling-den operators. The police chief said it was totally baseless that those facing new warrants included three police majors, two colonels and a lieutenant.

He warned the media to refrain from publishing rumours that would disrupt the work of police.

Pol Lt Gen Pongpat and 11 other suspects - six police officers and five civilians - are accused of receiving bribes in exchange for transferring or promoting police officers, demanding money from oil smuggling gangs, making money from gambling businesses, money laundering, and citing the monarchy as a way to induce bribes.

Among the evidence collected were assets and antiques worth billions of baht found at houses belonging to Pol Lt Gen Pongpat.

Both the Anti-Money Laundering Office and the National Anti-Corruption Commission are looking into the group's alleged illegal activities and Pol Lt Gen Pongpat's alleged wealth.

Pol Gen Somyot urged Mr Chuwit to provide evidence to police. He said he stands ready to investigate bribe-taking from gambling dens, but there must be evidence, not just accusations.