Some of the Buddha images seized from the disgraced former Central Investigation Bureau chief date back centuries, according to the Fine Arts Department. 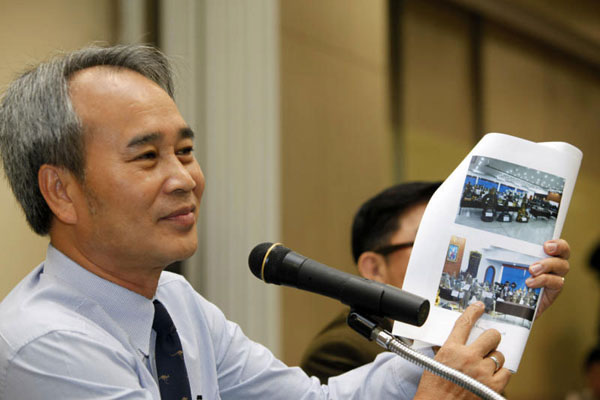 The department's experts will need about two months to examine and authenticate all of the artefacts, director-general Borvornvate Rungrujee said at a news conference on Friday.

Most of the antiques seized from houses owned by Pol Lt Gen Pongpat Chayapan were metal and wooden Buddha statues dating from the 23th to 25th Buddhist centuries. They exhibit delicate craftsmanship following Khmer, Chinese, Indian, Burmese and western styles.

Mr Borvornvate said his officials were especially taken by a Khmer-style carved sandstone deity figure. If it is proved to be genuine, it would be worth seven figures and would not belong to Thailand, he said. The figure is an example of the Khmer Phnom Da art dating from the 12th Buddhist Century or about 1,300 years ago, he said.

Over the next two months, the Fine Arts Department will try to authenticate almost 20,000 works of arts seized from Pol Lt Gen Pongpat's houses and see if any of them were prohibited from being owned by individuals.

People who own such such artefacts illegally are liable to a jail term of up to five years and/or a fine of up to 500,000 baht, the fine arts chief said.

Apart from Buddha images, objects seized from the disgraced police officer included ivory tusks, pottery and paintings. Some parties have already claimed to be the real owners of some of the Buddha statues and carved ivory tusks, Mr Borvornrvate said.

Pol Lt Gen Pongpat has been detained on a series of charges related to a massive corruption ring. Investigations are continuing into a network that took brines from gambling dens, oil smugglers and police officers wanting promotions.