The Public Health Ministry will propose a subordinate bill banning alcohol consumption in public places during the New Year and Songkran holidays of every year, possibly starting before the New Year holidays this month. 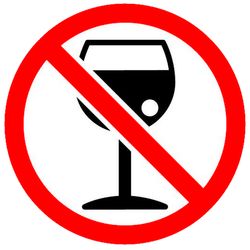 The proposal is one of the five subordinate bills the ministry is proposing to further restrict alcohol consumption, Saman Footrakul, director of the Alcohol Control Committee Office under the Disease Control Department, said a seminar on Tuesday.

The others involve bans on alcohol sales and consumption at public-transport piers, transport terminals, places under the supervision of state agencies or enterprises and along rail tracks.

"We have submitted the proposals to the public health permanent secretary to be discussed at the Dec 19 alcohol-control meeting. The alcohol-control policy makers will meet soon after so the bills can come into effect before the upcoming New Year holidays," said Dr Saman.