Attorneys for two Myanmar men charged with killing two British backpackers on Koh Tao are scrambling to prepare their defence after a court moved up the first hearing date by two months. 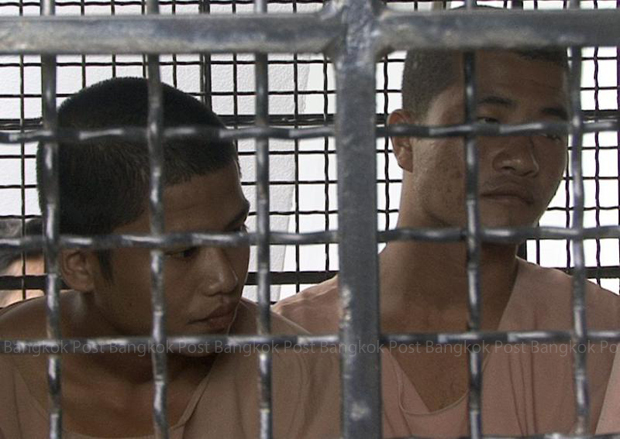 Myanmar migrant workers  Wai Phyo (left) and Zaw Lin, accused of killing two British tourists at Koh Tao on Sept 15, sit behind bars in a prison vehicle as they arrive to hear the charges at the Koh Samui Court in Surat Thani province on Monday. (EPA photo)

The court had initially set the first hearing — where evidence would be examined and the first witnesses summoned — for Feb 25, but pushed it forward to speed up the case that has been under intense international scrutiny.

The new schedule was confirmed by Tawatchai Siengjaew, chief of the Office of Public Prosecution Region 8, in an interview with INN.

The two are charged with murdering David Miller, 24, and Hannah Witheridge, 23, on Sairee beach on Koh Tao in Surat Thani province on Sept 15. They are also charged with raping Witheridge. 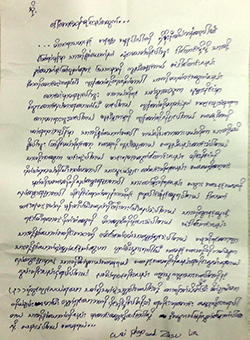 The two Myanmar migrants had confessed the crimes to investigators and later retracted on grounds that they were tortured and threatened. Police have denied their accusations.

Police spokesman Pol Lt Gen Prawut Thawornsiri, who was also there, said British police were satisfied with the Thai investigation that eventually led to the arrest of the two suspects in early October. The defendants have been detained at Koh Samui prison since Oct 4.

The two wrote an open letter on Dec 3 calling for justice and again on Tuesday calling for help from Myanmar opposition leader Aung San Suu Kyi.

''We were not involved in this crime. We think it is injustice that we are in jail. We want justice and equality,'' said the letter written in Burmese.

The families of the two Britons murdered on the resort island said on Friday the evidence against the two Myanmar migrants accused of the crime was convincing.