Riverside communities reeling under monsoon floods in the far South faced further hardship as authorities warned on Friday they were releasing water from the brimming Bang Lang dam in Yala. 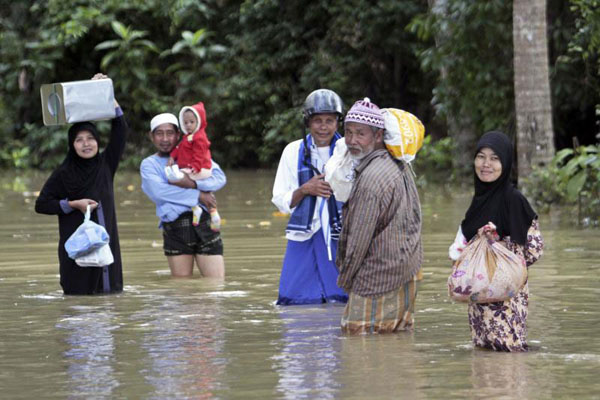 People carry their belongings while wading through floodwater in Pattani province on Friday. (Reuters photo)

With the dam reservoir at 99% of its capacity, previously flooded down river villages in Yala and Pattani provinces were warned of the new threat late on Friday by Yala deputy governor Sayant Intharapakdi.

He said rain from the Dec 17 to 25 moonsoon downpours had raised the level behind the Bang Lang dam to 114.81 metres above mean sea level. Its maximum water-holding level was 115 metres.

The hydropower dam held 1,444.80 million cubic metres of water, which was 99.34% of the total capacity of the reservoir. It was essential that water be discharged from the dam to ensure its safety, Mr Sayant said.

Nimuhammadnurdin Wae, a senior engineer at the Bang Lang dam, said the discharge started about noon on Friday. The dam would release about 30 million cubic metres of water daily to protect its structural integrity.

"The discharge from the Bang Lang dam will affect people in Yala and Pattani provinces. The level of the Pattani River will rise and flood houses in risk areas along both sides of the river in Bannang Sata, Krong Pinang and Muang districts of Yala," Mr Nimuhammadnurdin said. (continued below) 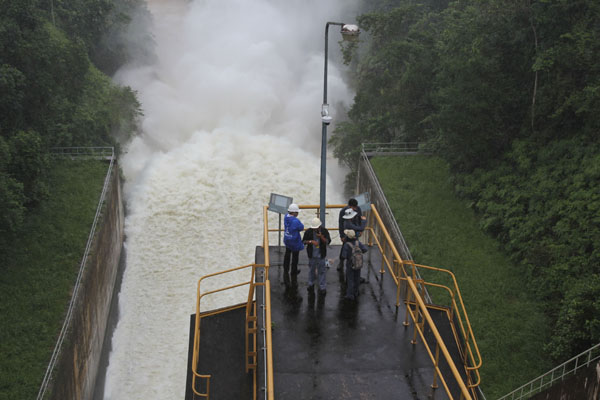 Water is discharged from the Bang Lang dam in Yala on Friday. (Photo by Maluding Tido)

He expected discharge water to reach Yala municipality by 10am on Saturday and enter Pattani on Sunday.

The rock-fill Bang Lang dam stands in the Pattani River in Bannang Sata district and is 58 kilometres from the centre of Yala.

Some urban schools reopened there on Friday but those in remote areas remained closed.

Prime Minister Prayut Chan-o-cha said in Tak Bai on Friday that flooding in the three southern border provinces of Yala, Pattani and Narathiwat was most severe this year, and exacerbated because roads were built without drains in natural floodways. He said water retention areas were necessary in the three provinces.