The State Railway of Thailand has started to dismantle a King Rama VII-era bridge that once carried train passengers between stations in Aranyaprathet district of Thailand and Poipet town in Cambodia. 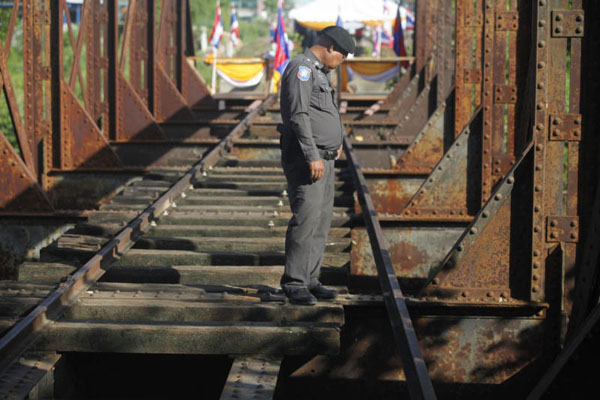 The nine-decade-old Thai-Cambodian railway bridge linking Aranyaprathet and Poipet will be replaced within this year. (Photo by Pattanapong Hurunard)

The bridge was constructed nine decades ago and its use stopped when the Cambodian Civil War halted train service between the two towns about four decades ago.

The SRT, through contractor Italian-Thai Development Plc, is building a replacement bridge with completion expected in time for the launch of the Asean Economic Community late this year.

The replacement bridge is part of the SRT's 2.8-billion-baht project to improve railway tracks from Chachoengsao province to Aranyaprathet district of Sa Kaeo province and it covers a distance of 176 kilometres.

The new bridge is expected to help promote passenger and cargo transport between Aranyaprathet and Poipet, thus relieving congestion at the Khlong Luek border crossing.