Corruption was seen as a problem by the fewest number of people in five years during the second half of last year, according to a survey released Thursday by University of the Thai Chamber of Commerce. 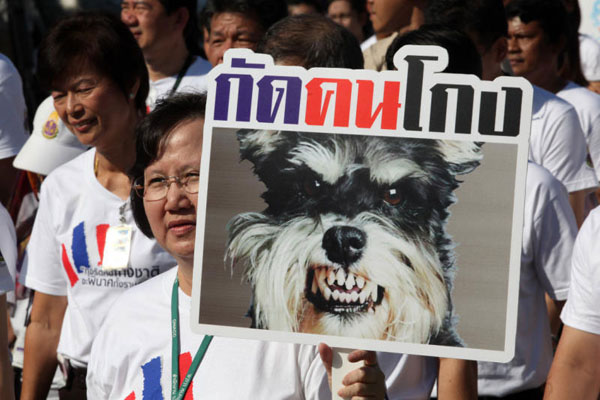 Anti-corruption authorities hold an anti-graft rally in December when a survey found corruption was much relieved. (Photo by Thiti Wannamontha)

UTCC president Saowanee Thairungroj said the university's semi-annual corruption index improved from 46 points in June to 49 in December thanks to anti-graft efforts by the junta and private sector. She said the index likely would hit 50 in the future.

The university surveyed 2,400 people nationwide with 91% saying corruption was a common problem, that they opposed it and were ready to join anti-corruption efforts.

Mrs Saowanee also said that the survey found the kickbacks that businesses had to pay to secure contracts with the government dropped to 5%-15% of project costs, compared with 15%-25% in June and 25%-35% between 2010 and 2013.

Thanavath Phonvichai, director of the UTCC's Centre for Economic and Business Forecasting, said the Corruption Situation Index hit its highest mark in five years and the situation was showing significant improvement.

Respondents said that the percentage of kickbacks they paid plunged as the private sector and the National Council for Peace and Order seriously tackled corruption, he said.