CHON BURI — A Norwegian man was arrested by police in Pattaya for allegedly damaging an automatic teller machine (ATM) on Saturday night. 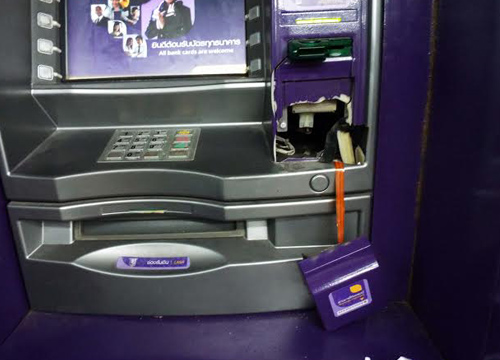 Mr Heggem appeared drunk and rowdy when he was found standing near the Siam Commercial Bank ATM on Soi Jomtien 6.

A roti seller at the scene told police that he saw the suspect drinking alone for hours near the machine. The seller later heard loud noises and found out that the ATM's bar-code scanner was destroyed.

However, the Norwegian told police that the ATM was already damaged before he was there.

Police were still checking footage from closed circuit television cameras in the area.