Surrogate dad gets custody of 3

A Japanese businessman who reportedly fathered 12 babies with Thai surrogates has been granted paternal rights over three of the babies by the Central Juvenile and Family Court. 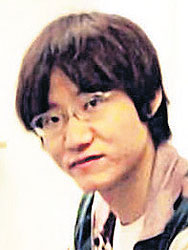 Six surrogate mothers recently filed a lawsuit against the Social Development and Human Security Ministry for violating Mr Shigeta's rights by taking away his children.

However, Mr Suphat said it was not a matter of violating rights.

"It was the usual legal practice which state officials are duty-bound to carry out," he said.

On Aug 5, nine babies were found at a condominium in Bangkok's Bang Kapi district, along with seven nannies and a pregnant Thai woman, who later gave birth prematurely to a baby girl.

The fate of nine of the babies is undecided.

Under Thai law, a mother is automatically regarded as the legal guardian of her child, said Saowanee Khomepatr, deputy director-general of the Department of Social Development and Welfare.

However, the relationship between the nine infants, their mothers and Mr Shigeta remains unclear, so the question of who will handle the long-term care of the children is unsettled.

According to the 2003 Child Protection Act, the state is authorised to keep the babies under its guardianship. No one has been allowed to visit the babies, except the surrogate mothers, said Ms Saowanee.

Of all the babies — eight boys and four girls, aged between two and 14 months old — only the youngest, born prematurely in September, was allowed to stay with the surrogate mother in her hometown, under the close watch of ministry staff.

Because the case is dragging on, authorities say they will consider requests by the surrogate mothers to care for the children. Six of the mothers have recently expressed a desire to seek custody of their children, Ms Saowanee said.