A Chinese marine department official says China will speed up releasing water from the Jinghong dam after more than 70 vessels ran aground in the Mekong River. 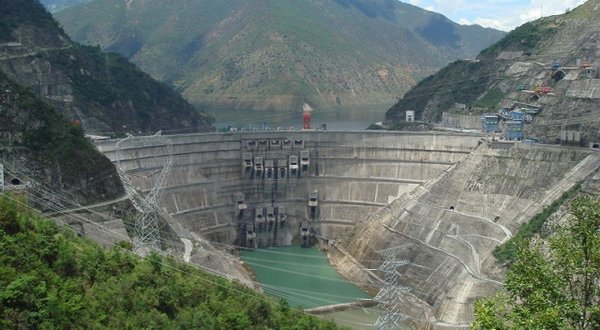 China's dams store and use massive amounts of water for hydro-electricity lines, but in the dry season, that means the river goes almost dry, grounding and stranding much of the river's commerce.

Several vessels were docked along the Mekong, especially in the Mong Pa Liao area where the water level receded to 0.7m on Tuesday.

Navigable waterways require a water level of at least 1m-1.2m.

As water levels start to rise due to water released from the dam, some vessels are now able to operate on the river.

Vessels of less than 100 gross tonnes can still operate as normal while large container ships have to reduce their cargo load to pass through the river.

However, several large vessels are still docked at Chiang Saen port waiting for the water level to increase, to pass through Mong Pa Liao. The marine department official at Xishuangbanna said water is normally managed to help along navigation in the river.

But a shortage developed this year as less water than normal was released from the dam in China, compounded by drought problems in the southern part of the river.

Several vessel operators have now unloaded their cargo and are using land transport − the Mae Sai and Tha Khi Lek border passes − instead. The opening hours of each border pass have been extended to 9pm to allow more cargo transport.

Pakaimas Viera, the owner of Mekong Delta Travel Agency which runs Mekong River Cruises, said the company's cruise scheduled to pick up passengers from Chiang Saen district to Guan Lei Port in China on Wednesday will be postponed until the water level rises.

Somkiat Kuenchiangsa, a coordinator of the northern rivers group, said the water level of the Mekong River in dry season this year is considered normal.