Paragon and other retail outlets in the Siam Square/Siam Center area were closed, roads were blocked and shoppers and diners were evacuated from the area.

Pol Lt Gen Prawut Thawornsiri, a police spokesman, said the bombs were hidden behind a transformer at BMA Express Service, between the Siam BTS station and the luxury mall. 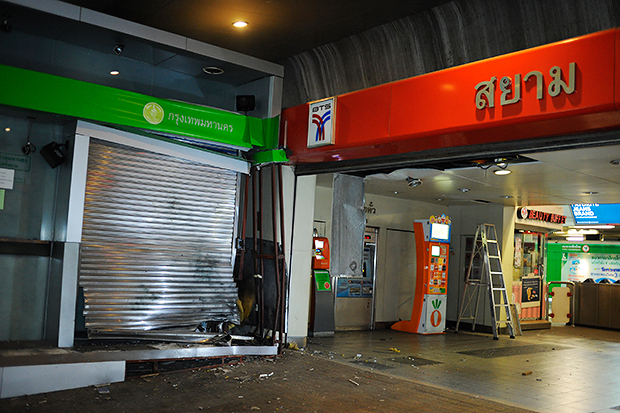 The two improvised explosive devices (IEDs) were set on timers to explode at about 8pm, a peak time for shopping, entertainment and dining out in the Siam Square area. Despite this, Pol Lt Gen Prawut said the bombs "were not intended to kill". 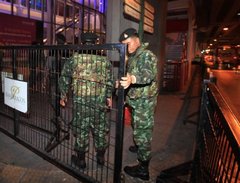 Military authorities were immediately on the scene, but police handled the main investigation.

Thailand is officially under martial law, but police handled crowd control, and acted as spokesmen for the media. They asked the public not to panic, despite the mishandling in the first few hours of the investigation.

Col Winthai Suwaree, a spokesman for both the ruling National Council for Peace and Order (NCPO) and for the army, said the military was involved in the police investigation but provided no details. He said the motive for the bombing was unknown.

Earlier on Sunday, an adviser to the NCPO denied reports the military regime was considering ending martial law. Criticism of martial law peaked again last week after a senior US official, Daniel Russel, said Washington disagreed with its use.

Pol Lt Gen Prawut claimed the motive of the attack was likely to create panic rather than take lives. He did not provide any details of the IEDs, but denied early reports that the bombs contained nails.

The two time bombs were placed close to a main entrance to the Siam BTS station. (Post Today) 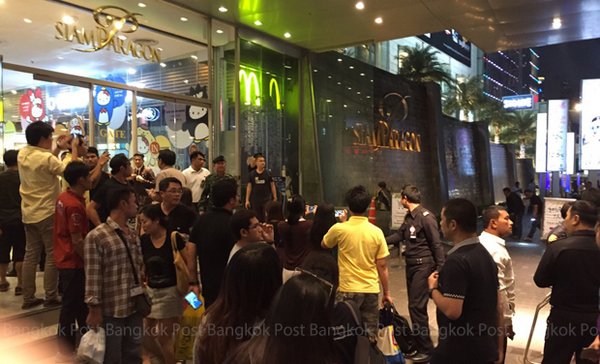