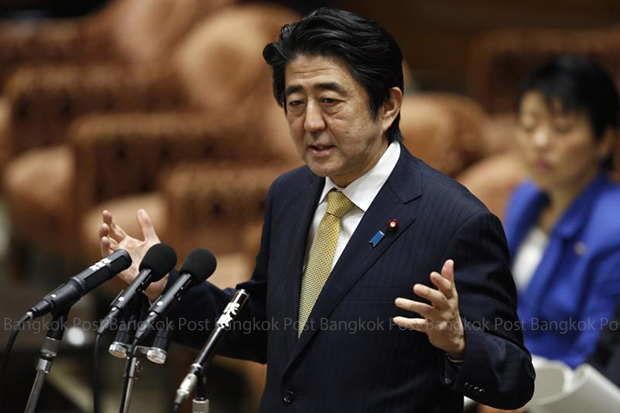 Government House said on Wednesday executives of the powerful Japanese Business Federation, better known as Keidanren — Honda, Mitsui, Mitsubishi and Marubeni — will meet with the prime minister during his visit to Japan from Sunday to Tuesday.

It will be Gen Prayut's first visit to Thailand's biggest investors since the military took power in May last year.

A government source said the separate talks with the Japanese companies had been set for Monday following a meeting between Gen Prayut and Thai delegates and the Japanese government led by Prime Minister Shinzo Abe.

Gen Prayut will meet high-ranking officials of five economic organisations in the Kansai area in Osaka on Tuesday, the source added.

The Thai delegates will leave Tokyo for Osaka on a Shinkansen train.

JAKARTA: Indonesia's central bank (BI) governor Perry Warjiyo said on Monday its planned digital rupiah currency can be used in the future to buy products in the metaverse.

All southern provinces will battle wet weather at least until Tuesday as a northeasterly wind crossing the Gulf of Thailand continues to bring rain to the coast.