Chinese tourists were banned for half a day from entering Wat Rong Khun, the "White Temple", one of the top tourist destinations in Chiang Rai, after complaints of inappropriate toilet usage, according to a Chinese media. 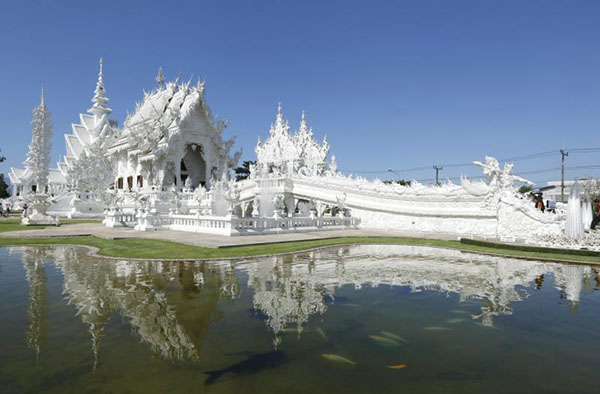 Renowned national artist and the creator of the temple, Chalermchai Kositpipat, reportedly ordered his staff to refuse entry to Chinese visitors on the morning of Feb 3. The previous day a Chinese female visitor was found to have dropped a piece of used toilet paper into a flush tank in the temple’s embellished Golden Toilet and left. The incident was reported on a Weibo website called Thailand Headlines. It was picked up by the People's Daily Online, which in turn was quoted by the English-language website of China Radio International (CRI) on Friday.

The management of the temple revealed that Chinese tourists often used their public restrooms in an inappropriate manner and such behaviour, which culminated on Feb 2, had prompted the ban.

ASTV Manager reported that the temple staff asked the woman to remove the used paper and clean the toilet, but she resisted.

The men's and women's toilets are built in an exquisite golden temple-like building which has become a popular photo spot for visitors.

The ban lasted only half a day and was called off after Mr Chalermchai felt sympathy for many Chinese people who had arrived at the venue only to be disappointed by the measure.

The temple was reopened to Chinese tourists on the condition that their tour guides be held responsible for cleaning the toilets if their clients behaved inappropriately.

Mr Chalermchai, who was named a National Artist for the visual arts in 2011, has been working on Wat Rong Khun, the ornate white Buddhist temple, since 1996.

The temple, in tambon Pa-or Donchai in Muang district, is open daily, free of charge from 8am-5pm. 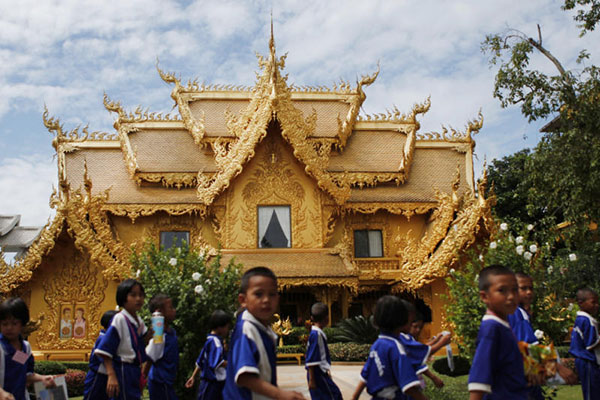