KRABI — The recent felling of a giant 143-year-old tree to be used in art work by two renowned artists as a permanent feature in Krabi town has sparked fierce debate on the social media.

The 25-metre-tall ma haard tree was felled last month as part of a Krabi municipality project that began on Feb 1. The project's aim is to create art works in the form of sculpture for the Andaman Art Museum in Krabi town and at the city’s entrance. Tourism is also one of the projects objectives.

The tree was cut into five pieces of five metres in length each. They are to be sculpted by National Artist Kamol Tassanachalee and Japanese sculptor Katsumi Mukai.

After photos of the felled tree were taken from the Facebook page of Krabi mayor Keeratisak Phukaoluan and went viral, many users of the social networking site attacked him for the tree's destruction.

The storm of protests continued unabated even though he explained that the tree was located on private property and was legally owned by a local resident who donated it to the city. He said the tree was not a protected species.

Suwan Mukhura, the tree’s owner, said he had planned to fell the giant tree to build a house for his son, but after talking to Mr Keeratisak decided to give it to the city as he felt it could benefit the public.

Facebook user and artist Akradej Chakjinda, who was the first to share the mayor’s photos, said he understood that the tree had an owner but wondered if it was necessary for the artists to create works from a 143-year-old tree.

Another user, Uh Kanittha Puangsri, suggested the artists should be using a large dead tree instead of a live old one. Some questioned whether the sculptures were worth the destruction of the tree and whether it would benefit tourism

Supporters of the project slammed the protesters for being “sensitive conservationists” as the tree was personal property.

Sarawud Auchanarasamee said: “All the conservation heads should come and have a look at hundreds of trees destroyed by poachers and left standing dead near the local forestry office. The tree owner was about to fell his tree to build a house, but gave it to the municipality. No big deal here.”

The tree’s owner said he was surprised at the online criticism and urged the protesters to pay more attention to the problem of tree poaching in the province. 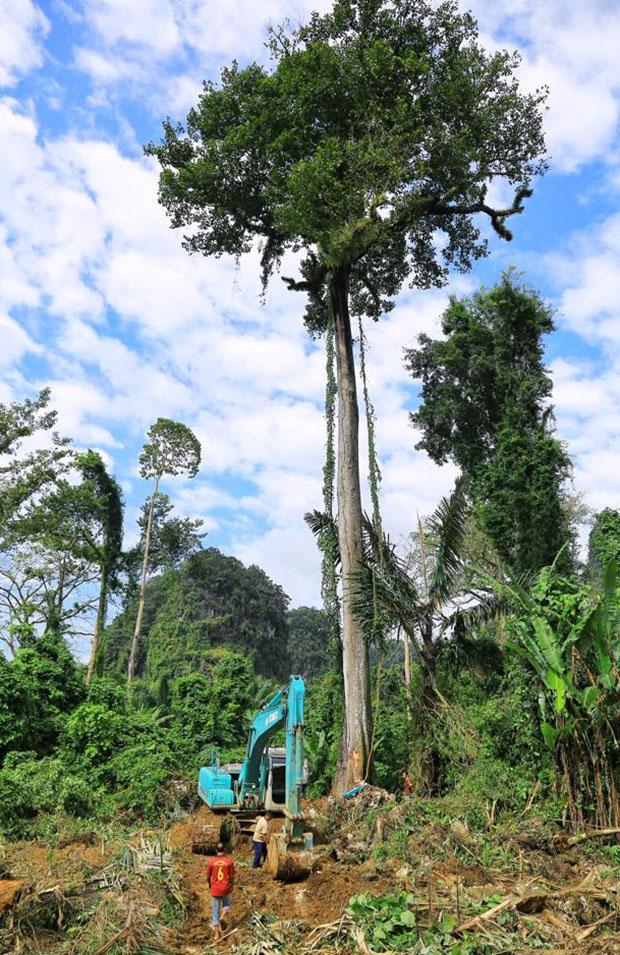