Flashback: Oct 30, 2014: Pridiyathorn Devakula, deputy prime minister and economy czar, promised in Singapore that the government would unveil "within a month" new policies to make Thailand an attractive centre for regional headquarters of every company. (Post Today photo)

The digital economy may fail to materialise under a raft of proposed laws which give too much power to authorities, the Thailand Development Research Institute (TDRI) has warned.

This comes despite the fact the administration has yet to envisage how the digital economy would take shape, he said.

This will be a problem for the next government, Mr Somkiat said.

Mr Somkiat noted that digital economy-based policies laid out by politicians could also pave the way for political interference.

He was speaking at a recent seminar organised by the Council of State to gather opinions on draft legislation related to the digital economy in Bangkok.

Currently, all 10 bills are being scrutinised by the Council of State before being sent back to the cabinet again.

The cyber security bill, in particular, has sparked an outcry among experts and privacy activists who have urged its revision, saying it opens the door to abuse of power by the state.

Section 35 would allow the national cyber security committee, established under the bill, to gain access to people's personal information through email, telegraph, fax and electronic devices in the name of national security.

Thanawat Sungthong, a permanent law councillor on the Council of State, conceded there is concern about people's rights and freedom with the introduction of the cyber security bill and personal data protection bill.

Mr Somkiat also insisted the national digital economy committee which the government wants to set up must not have a hand in frequency spectrum auctions as this would bring politicians lump-sum benefits.

This is the current plan. 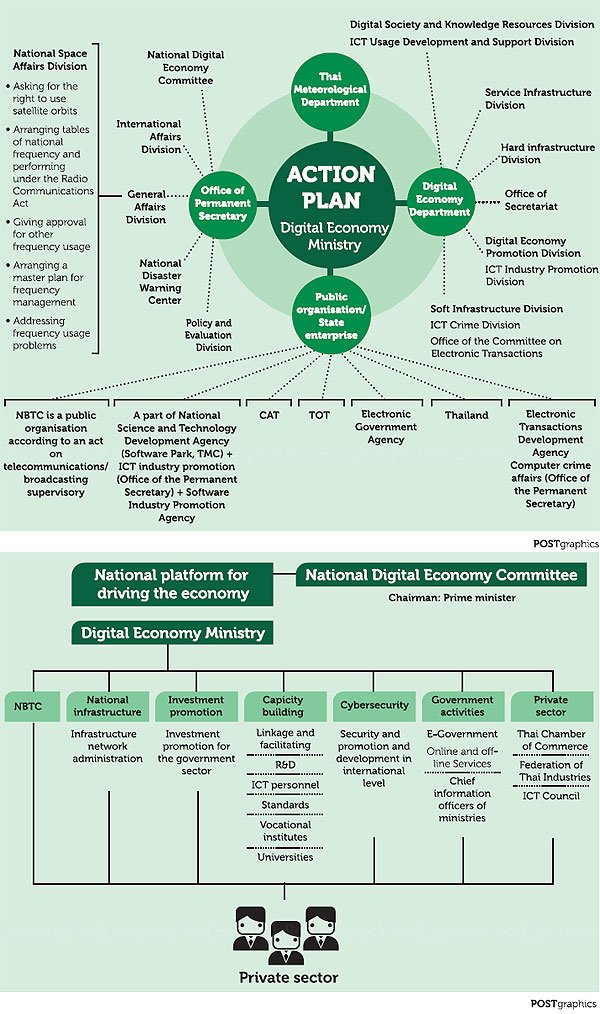