Speaking in an exclusive interview with the Bangkok Post, Mr Anek, chairman of the Constitution Drafting Committee (CDC)'s subcommittee on reconciliation, said although the draft charter will pave the way for the formation of a specific 15-member panel for pushing reconciliation after the election, the whole charter offers solutions for reconciliation. 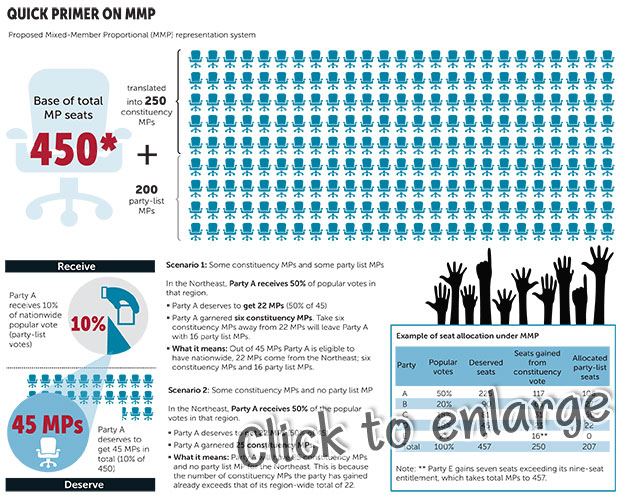 Note: * The total number of MPs can be increased up to 470

He said the draft constitution lays out mechanisms to encourage coalition governments so the reconciliation process can move ahead.

"Reconciliation could start with the rival parties - Democrat and Pheu Thai," Mr Anek said. "They must be able to live together as colleagues or be components of democracy."

He said the draft charter will also increase the role of the public in politics and that they will no longer need to take to the streets to protest.

People can participate in politics through a citizen's assembly, a civic sector scrutiny council and a national ethics assembly, he said, adding citizens will be able to propose new laws if they can gather 10,000 names. They can also proceed with impeachment bids against politicians.

Under the draft charter, the make-up of the lower and upper house also reflects the reconciliation process, Mr Anek said. MPs will be elected by people in constituencies, while senators will be appointed with half of them being chosen by local councillors and a citizen's assembly.

"We will not allow Thailand to go back to the same position, but this does not mean we want to have a dictatorship either," Mr Anek said. "People will be allowed to play a direct role in politics." 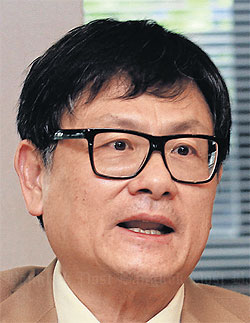 "Amnesties could be granted in the next five years once the truth behind the political conflicts is known." — ANEK LAOTHAMMATHAT, CHAIRMAN OF THE CDC’S SUBCOMMITTEE ON RECONCILIATION

He said the electoral system envisaged under the charter was also designed to prevent any parties from having a majority of MPs, adding a party could gain 30-40% of the MPs at most.

The chairman of the CDC subcommittee on reconciliation insisted coalition government would be necessary, adding the charter has been designed to incorporate as many parties and groups as possible into such a coalition.

If a single party is allowed to run the country as happened in the past, political conflicts will return and people may have to go out and protest again, he said.

Thai people may be more accustomed to the practice where a major party holds power, and the other big one becomes the opposition, he said, adding: "We may have to study the models of Scandinavian countries, or the Netherlands and Switzerland, where coalition governments are established."

Mr Anek said it would not be easy for a coalition government to be overthrown under the draft charter, unless the prime minister commits malfeasance or if he or she is impeached or unseated by the constitutional or administrative courts.

Parliamentary proceedings would not easily depose a coalition government because if a no-confidence vote against the government succeeds, the lower house must be dissolved.

The CDC intends to stop censure debates from being used to overthrow the government as they cause political disturbances. He insisted reconciliation must go forward though it will face intense criticism, noting that amnesties could be granted in the next five years once the truth behind the political conflicts is known.

He said he believed amnesties could still be the final goal, although they shouldn't be pursued hastily as tensions could be encountered along the way.

Speaking about how to attain reconciliation, he said laws must be made to bring about cooperation between political rivals. "Some people who were injured in the [political] violence said they will no longer engage in those activities as they had in the past if they are released from jail," Mr Anek said, citing the accounts of those who were jailed during the unrest.