Guidance, inspiration, wisdom will be missed

Thailand has lost a staunch ally while Asean will sorely miss a source of wisdom, guidance and inspiration with the death yesterday of Lee Kuan Yew — Singapore's first and longest-serving prime minister.

Former Thai ministers, diplomats and academics interviewed by the Bangkok Post described his passing as a great loss for Singapore, the region and the world. "He was a towering figure devoting his life for everything that is better and possible for his people," said former foreign minister Surin Pitsuwan. 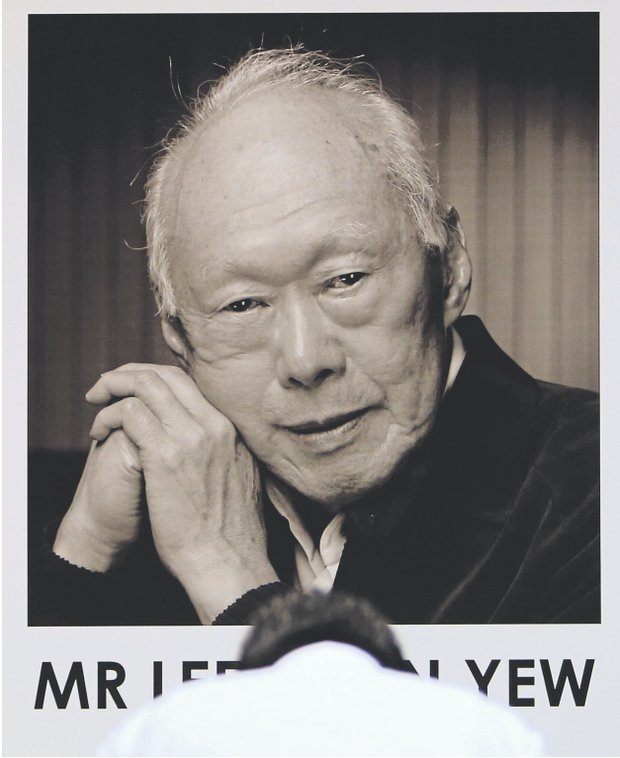 In Singapore, a man bows at Tanjong Pagar Community Club to pay respect after the announcement that former prime minister Lee Kuan Yew had died. The club is in the constituency which Lee represented as member of parliament continuously from 1955. (Reuters photo)

Yet looking ahead, challenges remain for Singapore in its relations with countries in the region. "It is a first-world country anchored in a sea of uncertainty, instability and uneven development in every dimension," Dr Surin said.

But like many across the globe, Thai leaders and academics credit Lee for transforming the island country from a mass of villages into a thriving first-world nation-state.

Chalong Soontravanich, Chulalongkorn University's adjunct associate professor of history, said Southeast Asia has lost a steely and visionary figure who successfully built up a tiny island after independence from Great Britain and separation from Malaysia. 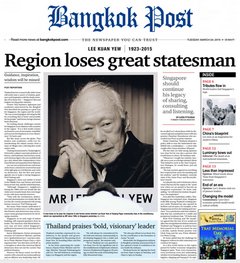 Lee was not swayed and was well aware of the heavy criticism he received because of his tight grip on civil liberties and curbs on democracy. But his first and prime agenda was to make a strong Singapore, Prof Chalong said.

Singapore's status was similar to Israel in the Middle East, and Taiwan and South Korea in East Asia, said the retired historian.

"Although Singapore's neighbours during the 1960s were not hostile like the Arabs were towards Israel, they were larger in size with more natural resources.

"Only with the resoluteness, dedication and determination of a leader like Mr Lee has the country prospered with strong human resources," Prof Chalong said.

But many Thais remain ambivalent to Lee's views on democracy. Lee often argued that Western-style democracy may not necessary mean good governments for developing countries.

Singapore, in its early stage of nation building, still required guidance from its leader. The American-style liberal democracy may not have suited Singapore's political environment in its early days, Prof Chalong said.

Karun Kittistaporn, former permanent secretary of Commerce Ministry, said that Lee's "guided democracy" concept is similar to Prime Minister Prayut Chan-o-cha's argument that "one shirt does not fit all", as a metaphor to show that American liberal democracy does not suit the current Thai political situation.

However, Mr Karun noted, Lee left the country with a smooth succession pathway and an efficient new leadership team. He built several generations of good and capable leadership teams to continue his legacy.

Lee provided the opportunity for honest and efficient individuals to take over important positions, while constantly checking and testing these people's performances. People who failed to live up to his expectations were dismissed, Mr Karun said.

"Because he had proven himself, because of his vision, over the decades global leaders sought his views on international issues," said Saroj Chavanavirat, former permanent secretary of Foreign Affairs.

For many Thais, Singapore's elder statesman will also be remembered for his staunch support of Thailand during the conflict with Cambodia in the 1980s.

"His views and position were clear against the spread of Communism and his support for Thailand as a front-line state was unequivocal and clear," Arsa Sarasin said.

Mr Arsa served as director-general of political affairs and permanent secretary between 1980-1986. At the time Prem Tinsulanonda was premier and ACM Siddhi Savetsila was foreign minister. He was also foreign minister in 1991-1992 under then prime minister Anand Panyarachun.

"Singapore's support politically and in security matters was steadfast. We shared close cooperation and we shared the same objectives. Mr Lee's vision for the region was far-sighted," Mr Arsa added.

Under Chatichai, Thailand adopted a policy shift to turn the Indochinese battlefield into a marketplace — a move that caught other Asean members off guard.

The fact that Lee held strong opinions was clear but he was also a person who would listen to others, Mr Surakiart said.

"Whenever I sought his wisdom [usually once a year as a foreign minister] about Thai initiatives such as the Asia Cooperation Dialogue, he would listen and ask about them.

"We may not have agreed on everything but I respected his views, his standing and his wisdom," said Mr Surakiart, currently chair of the Asian Peace and Reconciliation Council.

Lee played a key and evolutionary role in Asean that has led the region to the "point now where we are poised to become an integrated community", Dr Surin said, adding, "we will miss his wisdom, his guidance, his inspiration".

Even after the Cambodian conflict, Thai-Singapore ties remained close. Singapore ranks fifth among Thailand's trading partners while Thailand has also opened its facilities and air space, for example, to the Singaporean air force for training and exercises. "It is a productive and close relationship that has contributed to a stable and prosperous Southeast Asia, " Dr Surin said.

Both Prof Chalong and Mr Surakiart agreed that the loss of Lee would not affect the strong bilateral relations between Thailand and Singapore as policies have been passed on to his successors for over a decade, namely former premier Goh Chok Tong and his son, Prime Minister Lee Hsien Loong.

Dr Surin added that the challenge for Singapore without its elder statesman is to continue his legacy.

As a first-world nation in this region poised for further economic integration, Singapore gains "from every transaction, every investment, every new undertaking, whether it is in banking, finance, insurance, logistics, shipping and transport", he said.

Singapore is in this position because Lee achieved a miracle of state-building and national development. But there are those who feel a sense of superiority among Singaporeans and a sense of inferiority among the rest.

The challenge for Singapore without its elder statesman is to continue his legacy of "sharing, consulting and listening", Dr Surin said. 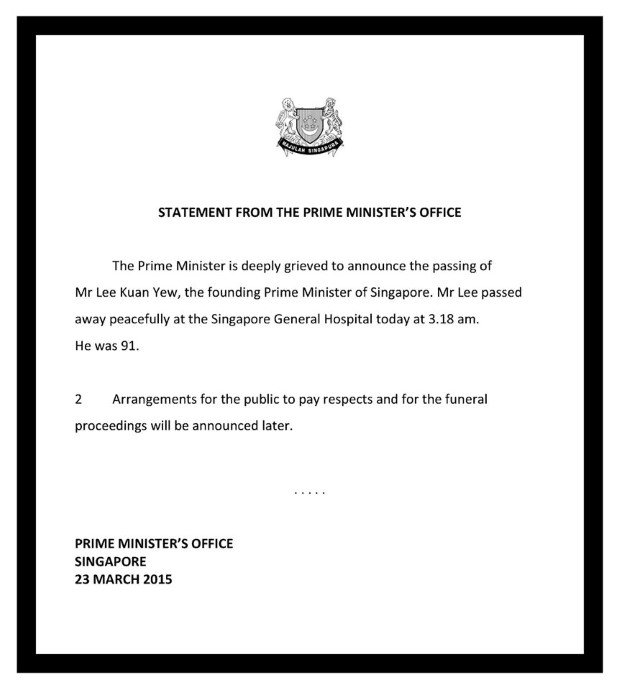