Japan cites safety concerns as it bans Thai airlines from increasing services over the Songkran period, as demand for seats soars. (Photo by Phrakit Juntawong)

Tokyo has frozen the number of flights Thai airlines can operate into Japan, a restriction Transport Minister Prajin Juntong has termed a premature reaction to air safety issues. 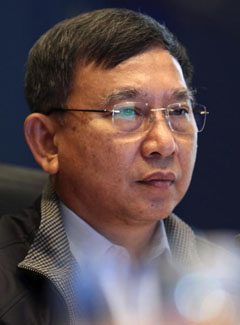 Mr Prajin said on Thursday that the Japan Civil Aviation Bureau had banned all airlines registered in Thailand from increasing the number of flights or changing destinations or aircraft types.

Japanese authorities informed the Department of Civil Aviation on March 24 that the airlines would have to comply with aviation rights earlier approved.

It rejected plans by Thai-registered airlines to increase their services to meet the high demand for seats over the Songkran festival period in April, the minister said.

A Thai delegation has gone to Japan to discuss the decision. They will make it clear that Thai airlines strictly follow safety requirements. They will also talk with aviation authorities in South Korea, Germany, China and other countries that are main destinations for Thai airlines, ACM Prajin said.

"Many airlines are seeking to increase flights to Japan at this time, including charter airlines, NokScoot, Thai Smile and AirAsia X, because during the hot season a large number of travellers want flights, including those to new destinations.

He said Japan's CAB appeared to have responded to the International Civil Aviation Organisation's concern expressed on March 2 about the standard of air safety certification in Thailand, but he had questions about such a quick reaction from Japan, which is a member of the ICAO.

The Department of Civil Aviation  (DCA) had proposed corrections in response to the ICAO's concerns, but the plan was rejected a week later with a demand for more improvements, the minister said.

Normally there would be another 90 days allowed after the rejection of the proposed corrective action plan, he said.

"I am disappointed with the response of the ICAO and the premature reaction of Japan. Thai airlines are not substandard and the ICAO is evaluating the DCA, not Thai airlines," ACM Prajin said.

He also said the Transport Ministry and the DCA jointly prepared the corrective aviation plan. It provided for the clear separation of aviation regulatory and operational units under the DCA, the formation of committees to supervise airports and relevant laws, and licensing improvements, but the ICAO rejected it.

Nok Air chief executive officer Patee Sarasin said the case might affect NokScoot's plan to start services to Japan in May. NokScoot is a joint venture by Nok Air and Singapore's Scoot airline.

An air transport source said NokScoot would fly to Tokyo and Osaka from May 16 and more than 50,000 seats had already been sold. Thai Airways International and AirAsia X would fly to Sapporo from May 1, and had sold over 20,000 seats, the source said.