Wat Kalayanamit enjoys great status in Bangkok, but it's mired in controversy

Wat Kalayanamit in Thon Buri, which is known for its archaeological charms, seems to be never far from controversy. 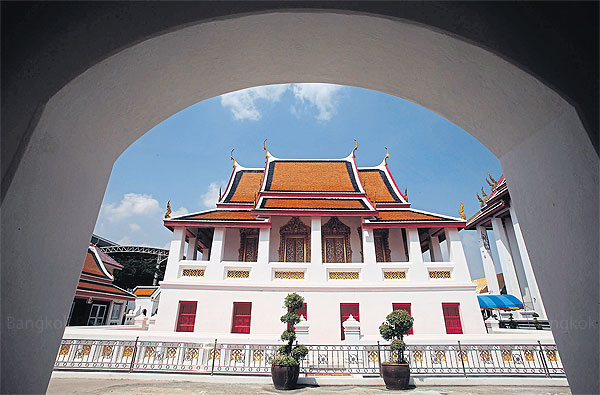 Wat Kalayanamit’s Phra Dhamma Monthien Hall, built in the reign of King Rama IV, has just been partly restored to its original grandeur by the Fine Arts Department. The main structure was salvaged, but the interior, particularly mural paintings, was destroyed. The temple is under attack from the department for tearing down several heritage buildings. (Photos by Pornprom Satrabhaya)

The monastery, one of the top 10 city temples for religious tourists, has been involved in many lawsuits due to its development policy that has jeopardised national heritage issues and threatened to tear apart the social fabric of its community.

For nearly a decade, some 200 families who, like hundreds of thousands of people in Thon Buri, dwell on temple land as tenants, have fought against an eviction order issued by the temple in 2006.

The abbot, Phra Phrom Chedi, does not want to keep the long-standing Wat Kalayanamit community on temple ground because of what he describes as rampant drug and alcohol problems. He wants to boot everyone out and build a historical learning centre.

A photo of the 150-year-old Bell Chamber, which was the first structure to be demolished when Phra Phrom Chedi, then Phra Dhamma Chedi, became temple abbot in 2003.

Members of the community deny the allegations against them and in a counter-attack have accused the abbot of destroying several heritage buildings and replacing them with new, alien structures. This violates the Archaeological Site Protection Act BE 2492 as Wat Kalayanamit, which was built in the reign of King Rama III, is a registered heritage site.

Residents who have lived in the area for generations say it’s their efforts to protect the temple’s heritage that have put them in direct confrontation with the administrators and the abbot.

“The first thing to go was the 150-year-old bell chamber,” he said.

The residents watched in dismay as building after building was demolished. Among them were several old kuti buildings in the monks’ living quarters, small vihara buildings and a stupa that contained relics of a wife of King Rama V and an ancestor of the Pravitra royal lineage.

After the Pravitra family filed a lawsuit over the stupa, the temple promised to rebuild the structure at the original site. However, administrators failed to keep their word, Mr Chaiyasit said.

“We want to retain the history of the temple and the community, but the temple wants to erase it,” he said.

The residents filed a complaint against the temple with the Fine Arts Department (FAD), urging it to step in and stop the destruction. But the temple defied department orders and charges were filed with police who forwarded a total of 14 cases to public prosecutors.

But when the cases reached the Office of the Attorney-General (OAG), it dropped 10 of them, saying the abbot “had no intention to destroy the heritage”.

The temple continued to demolish structures as it argued that the law had no effect without a comprehensive temple plan being announced in the Royal Gazette. Last month the department filed a fresh lawsuit against the temple following another demolition. Two workers and one construction firm owner involved in tearing down the old structures were arrested and later released on bail. 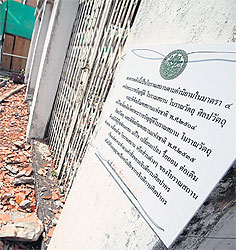 A sign put up by the Fine Arts Department warns that any modification, renovation or demolition of heritage buildings requires permission from the department chief.

FAD chief Borvornvate Rungrujee has vowed to pursue the case till the end, saying he wishes to set an example. The residents hope justice will run its course and insist the abbot must be held responsible for the destruction of the temple’s heritage. The residents have also urged the National Anti-Corruption Commission to act against police and the public prosecutors for dropping the 10 lawsuits.

FAD expert Vasu Poshyanandana inspected some of the construction work at the temple and found most of it was not up to standard.

“Most of the construction materials are of inferior quality, while some do not suit the existing structure,” said Mr Vasu, who led a project to restore the main ubosot and the Phra Dhamma Monthien Hall as requested by the Royal Household Bureau.

The FAD was asked to take over restoration work on the temple’s two most significant buildings as it was apparent the temple was not able to maintain the structures properly.

The Phra Dhamma Monthien Hall is just one example that attests to the fact that the temple has no expertise or knowledge in maintaining archaeological structures.

When he took over restoration of the hall, Mr Vasu found the initial repair work by a construction firm commissioned by the temple was substandard and he feared it would do more harm than good to the old structure.

For the two-storey Phra Dhamma Monthien Hall, the contractor removed the stairs from the outside and placed them inside the building.

The expert said he had to undo the initial renovation work.

The Phra Dhamma Monthien Hall’s restoration has just been completed and it is now restored to its old grandeur.

“We kept the hall’s main structure, but unfortunately, we could not save the mural paintings which were shamefully destroyed by the contractors.

"They did not take photographs of the murals otherwise we would have been able to reproduce them,” Mr Vasu said.

He said he also could not restore a four-façade chaturamook wooden cabinet that was specially designed for the hall but was moved to another building by contractors during the initial repair work.

According to Mr Vasu, much of the old structures were destroyed by the temple which wanted to alter the original landscape.

The expert dismissed the temple’s claims that the FAD could not apply archaeological protection laws in the absence of a comprehensive temple restoration plan.

Cultural conservationists have watched the temple case with anxiety as it remains unclear how the OAG will rule on the remaining lawsuits.

“The OAG owes the society an explanation as to why it did not indict the temple in the 10 previous lawsuits,” Mr Vasu said.

He recognises the role of the community in safeguarding national heritage as shown in the case of Wat Kalayanamit.

Local authorities, too, should be encouraged to play a bigger role.

It is unfortunate that Wat Kalayanamit has cut itself off from the community completely.

“National heritage belongs to the people and the community. They are the ones who are better able to look after it,” Mr Vasu said. 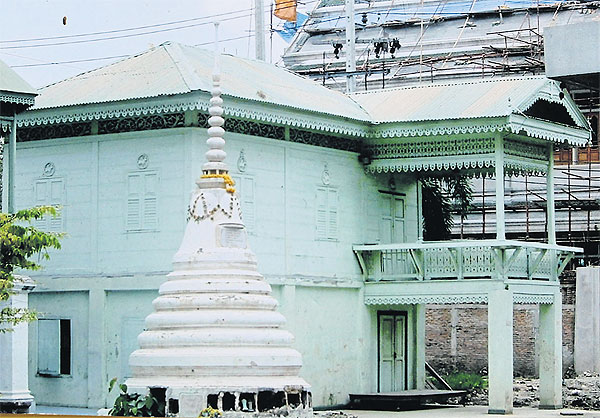 A file photo of a stupa of ancestors of the Talapat family. The stupa was torn down a few years ago. A stupa of the Pravitra family of royal lineage was also demolished. 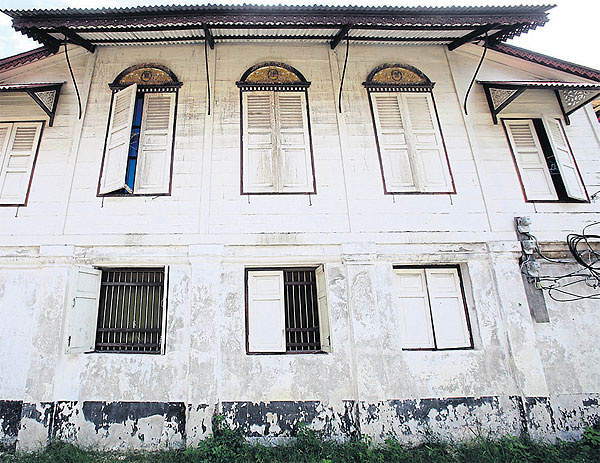 An old kuti that is at risk of being torn down as the temple abbot relocates monks to a new building. 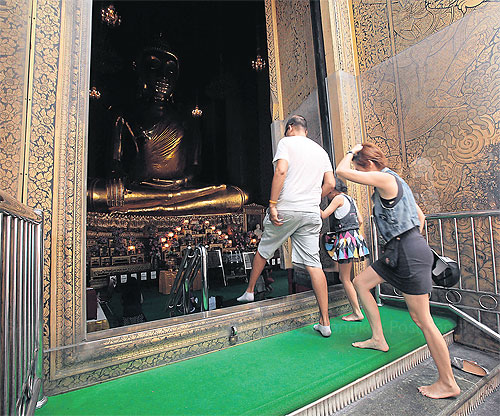 A row of new kutis at the temple replace ones at a heritage building from the Rattanakosin period.