Police said the accident occurred at kilometer markers 306-307 on Phaholyothin Highway in tambon Muang Hak when the Nakhon Ratchasima-registered bus carrying nine British, German, Russian and Danish nationals was making a right-turn at a T-junction, heading to Kanchanaburi province.

Based on initial questioning of the Volvo bus driver, Chamnarn Fendee, the Bangkok-registered pickup was allegedly speeding from the left of the bus and rammed into it. Police said four of the five people on board the pickup died instantly in the devastating crash. The victims, three men and a woman, were driver Suthep Thongtham, Somboon Jamnark, Amorn Inthara and Benjapa Ruangthong.

Emergency response crews used cutting tools to pull the injured survivor, whose name was not released, and the four bodies from the wreckage of the pickup. Two foreign tourists on the bus sustained minor injuries.

Tourist police later arranged a chartered van for the tourists who asked to go to Suvarnabhumi Airport. Police said Mr Chamnarn would be thoroughly questioned to ascertain the actual cause of the fatal accident.

The tourist bus was operated by Thai Sriram Transport Bangkok. 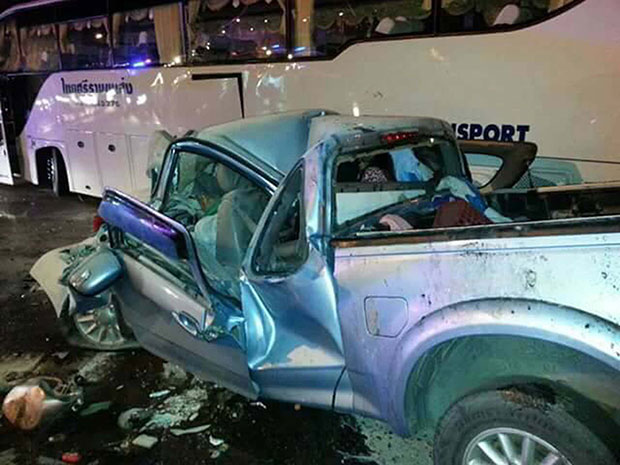 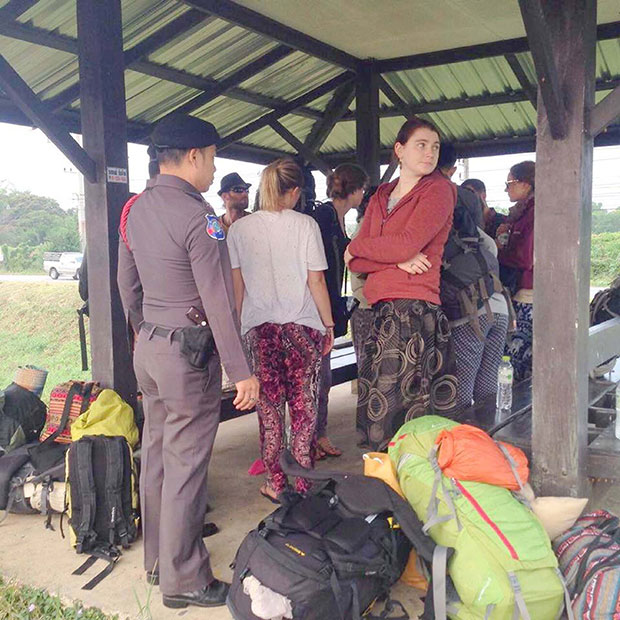 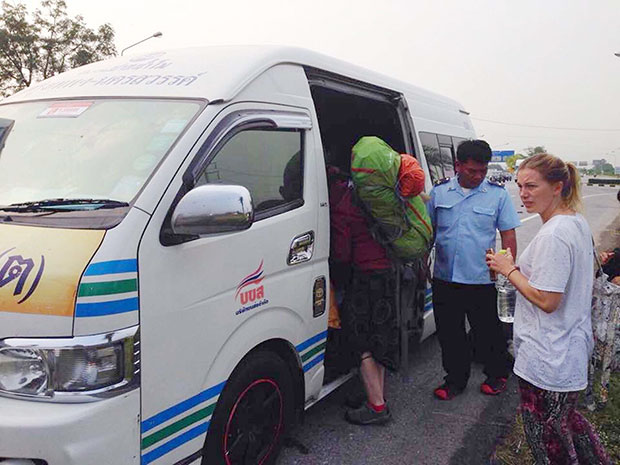