A photo of a receipt from a Thai restaurant posted on social media has quickly gone viral as the charge of 8,840 baht appeared excessively high, including 17% value-added tax and a "mandatory" 800-baht tip.

A Chinese tourist who on Saturday shared the photo on social media wrote that a taxi driver suggested that she and her friends try a seafood restaurant on Ayutthaya Road in Ratchathewi district, Bangkok.

"The driver was chatty and looked honest, so my three friends and I decided to check out the restaurant.

The tourist said she and her friends were "feeling angry" about it.

Most Thai social media members criticised the restaurant for taking advantage of foreign tourists and wanted relevant agencies to take a serious stand on the issue. 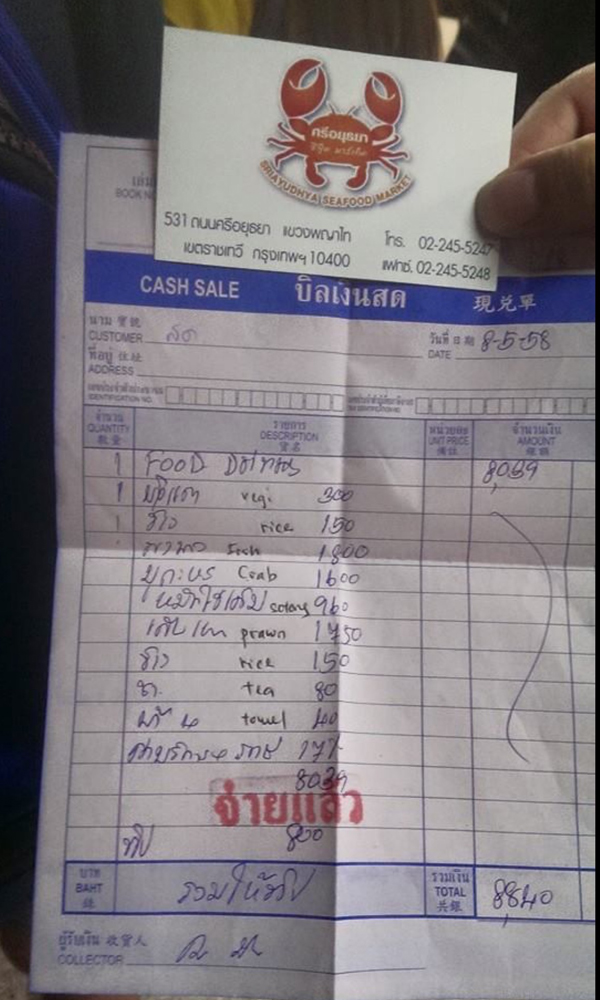