A sleepless night turned into a nightmarish morning for Bangkok commuters after torrential overnight rain left the city flooded and gridlocked for the Monday rush hour.

Mr Sanya said Rama 4 Road received the most rainfall, totalling 141mm, between 2am and 6.30am. 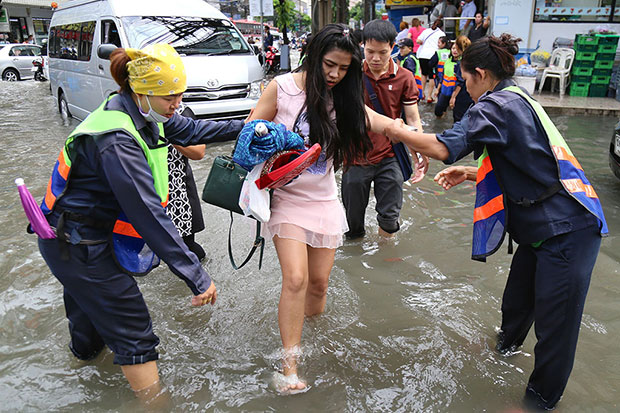 Reports also streamed in about fallen trees and power poles at a few locations, adding to the traffic chaos on Monday.

But the sheer volume of water wasn't the only reason for the flooding, as Mr Sanya said. Garbage thrown into Bangkok's many canals obstructed water flow to the city's drainage system, particularly the giant tunnel at Rama 9 Road. 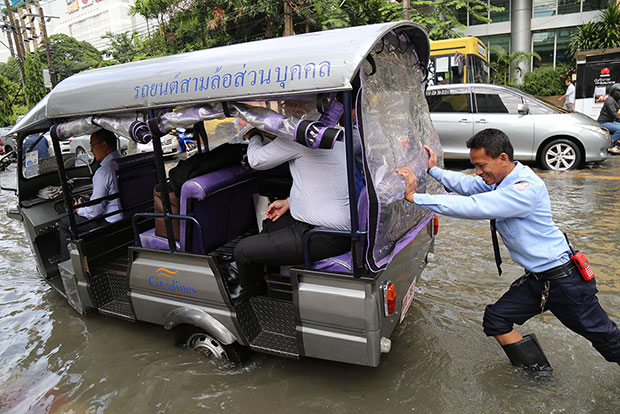 Floods extended from Rama 4 Road and Asoke to Ratchadaphisek and in the east as far as Samut Prakan's BTS Bearing BTS station.

Mr Sanya said about 300-400 city employees had to work to collect garbage from water-pumping stations in Bangkok on Monday. On normal days, city collects only about 10 tonnes of garbage from in front of the stations.

Bangkok city clerk Sanya Chenimit inspects the work at the Klong Toey water-pumping station where a large amount of rubbish was found, some too large to be automatically handled by the machines. workers had to sort the trash by hand.

Bangkok city clerk Sanya Chenimit inspects the work at the Klong Toey water-pumping station where a large amount of rubbish was found, some too large to be automatically handled by the machines. workers had to sort the trash by hand.

He said the rubbish had reduced the efficiency of water drainage and damaged pumps, wasting both time and money.

"The public should refrain from throwing rubbish in public spaces," he said. "There are as many as 10 million people living in Bangkok but we have only a few hundred of garbage collectors."

Mr Sanya said the Bangkok Metropolitan Administration had finished preparing for the rainy season by dredging around 60% of the canal system. But he warned the public that anytime rainfall exceeds 100mm, it will take at least two hours to drain all the runoff. 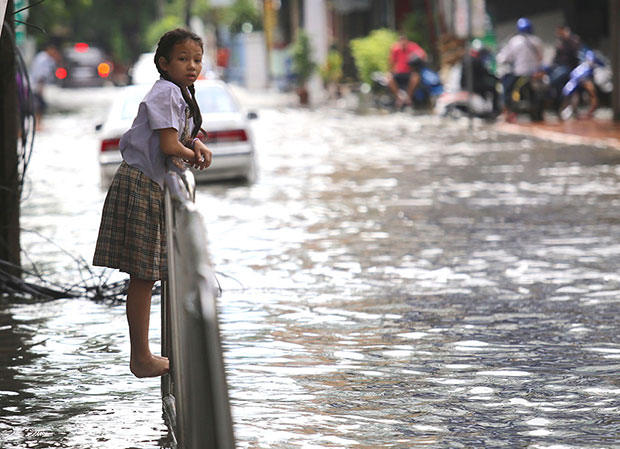 Ironically, Bangkok governor Sukhumbhand Paribatra wasn't in Bangkok for the storm and flood. He was in the Netherlands, studying drainage systems.

The BMA said most major roads were dry by 9.30am but smaller avenues were still soaked for a few more hours.

Before that, however, the morning commute was a disaster for many, some stuck in gridlocked traffic for hours.

An office worker who lives in the Rarm Intra area said she has struck in her car more than three hours to reach her office in Ploen Chit area. Another woman using Bang Na-Trat Road also faced a similar situation.

The Thai Meteorological Department said around noon today there would be widespread, scattered thundershowers on Monday and Tuesday in Bangkok and neighbouring provinces. The situation would improve slightly further into the week. 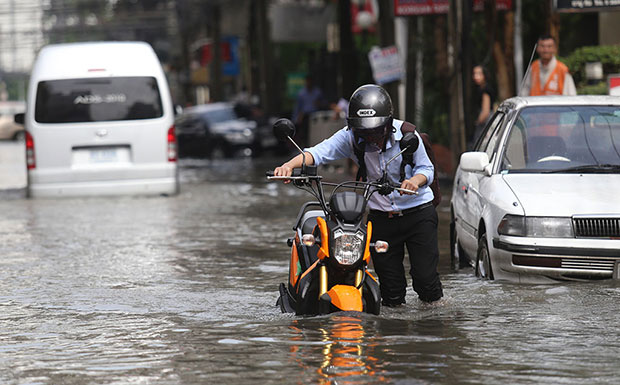 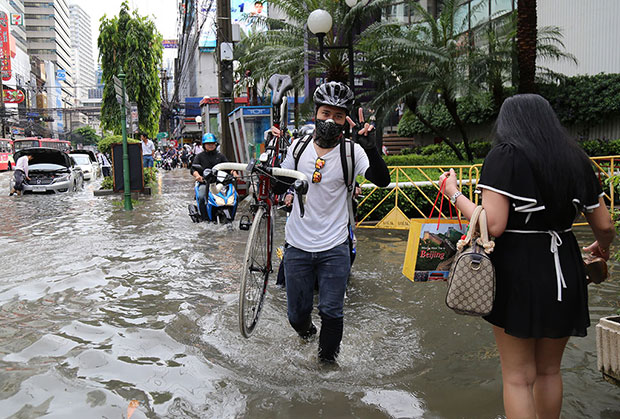 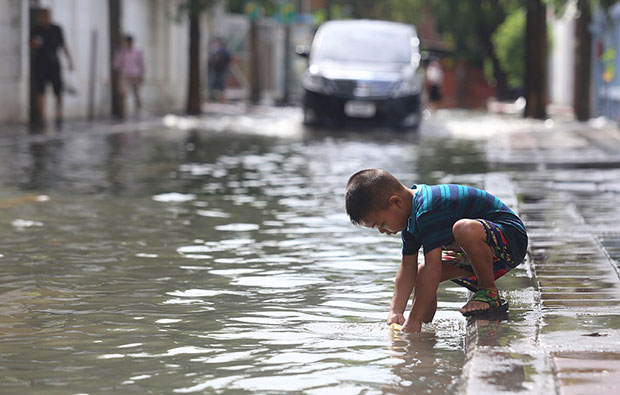