LONDON - Leicester have sacked all three players who appeared in a sexually explicit video made last month in Bangkok and showing them racially abusing a Thai woman.

The firing of the three players, including the son of manager Nigel Pearson, was announced by the Premier League, rather than the club.

James Pearson, the son of Foxes boss Nigel Pearson, Tom Hopper and Adam Smith, appeared in the video, made in Bangkok during the club's end-of-season "goodwill tour" of Thailand. It documented several crude remarks, including one of two Thai women being called a "slit-eye".

According to the Premier League, the club conducted an inter investigation into the incident. Leicester are owned by the father and son combination of businessmen Vichai and Aiyawatt Srivaddhanaprabha, owners of the King Power duty-free chain.

The Tourism Authority of Thailand is a sponsor of the club, and has an "Amazing Thailand" logo on the backs of the players' jerseys. 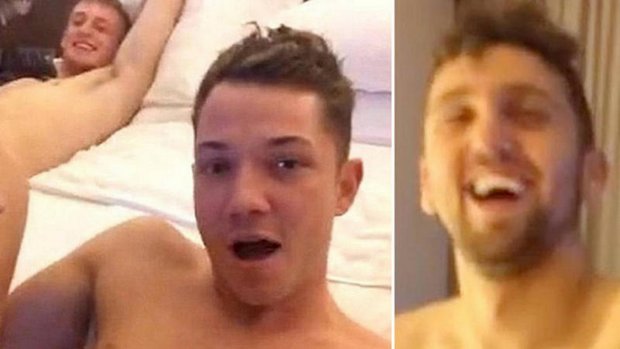 Images from the explicit sex video, made during the Leicester club's tour of Thailand late in May.

"Leicester City Football Club has (sic) notified Tom Hopper, Adam Smith and James Pearson that their contracts with the club have been terminated," said a club statement.

"The decision follows the conclusion of an internal investigation and disciplinary proceedings, as a consequence of events that took place during the club's end-of-season goodwill tour of Thailand.

"Leicester City Football Club is acutely aware of its position, and that of its players, as a representative of the city of Leicester, the Premier League, the Football Association and the club's supporters.

"It is committed to promoting a positive message of community and family values and equality, and to upholding the standards expected of a club with its history, tradition and aspirations.

"The club will make no further comment on the investigation, its finding or outcomes," the statement concluded.

Leicester were touring Thailand as they celebrated avoiding relegation from the lucrative Premier League.