CHIANG MAI - Photos of two pickup trucks parked in cycling lane while their drivers having a picnic on a pavement have sparked viral outrage online.

On Thai webboard Pantip.com, a person using the name amscmu posted photos of three people sitting on a mattress, drinking beer and soaking up the evening atmosphere in between their two parked pickup trucks, which blocked the bicycle lane near an irrigation canal in Chiang Mai last week.

"We have cars parking and driving in opposite lanes. Today, we have this. What else will we encounter tomorrow?" amscmu wrote. 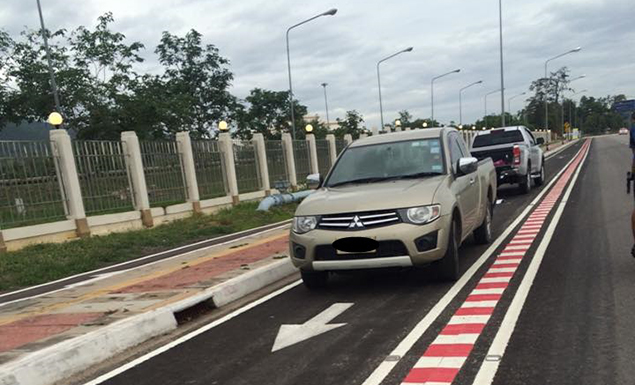 Other webboard members later joined the outcry, saying the drivers would probably get drunk before getting back behind the wheel.

Pantip user Num Intanond wrote that people parking in the cycling lane was not unusual in this area and that they often left empty beer bottles and rubbish on the pavement, or threw it into the canal. Another netizen wrote that authorities might not be able to deal with all "ignorant" motorists, as people have different levels of discretion.

The 20-million-baht, five-kilometre cycling lane runs between the Chiang Mai International Exhibition and Convention Centre and the 700th Anniversary Chiang Mai Sports Complex. Chiang Mai authorities plan to promote the province as a bicycle city of the future. 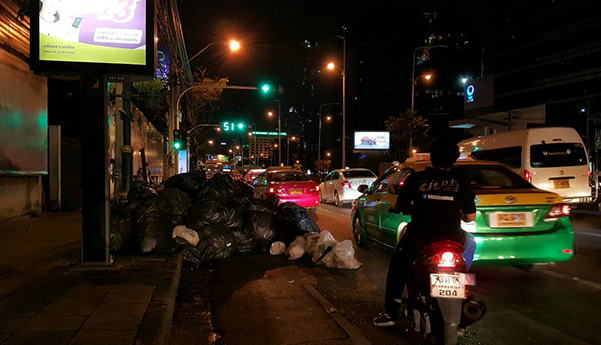