Police say a painstaking process of tracing phone records led to Saturday’s arrest of a key suspect in the deadly Erawan Shrine bombing. 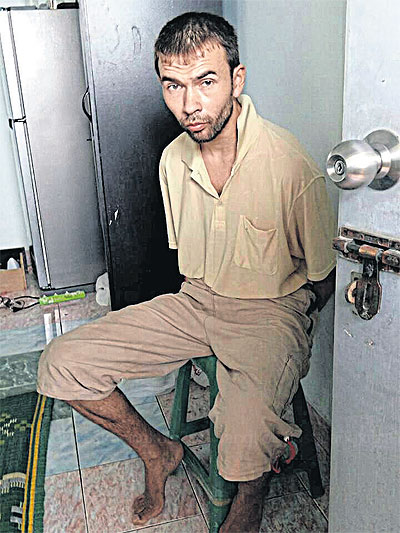 under arrest: Police are still working to confirm the identity of the suspect, who was apprehended at a Nong Chok apartment with a poor quality forgery of a Turkish passport.

A police source close to the investigation said the arrest of the foreign man, who is believed to be Turkish, came after investigators spent more than a week sifting through every mobile phone call made within the vicinity of the shrine around the time of the bombing on Aug 17.

He said officers managed to identify three Turkish phone numbers which had activated international roaming services and were in use near the blast site.

Police apparently traced one of those phone numbers to the suspect apprehended yesterday.

Around 100 police and soldiers moved in to make the arrest around 3pm at the Pool Anant apartment building in Nong Chok district, in the city’s eastern outskirts.

A military source said the suspect held a Turkish passport by the name of Adem Karadag, 28, although the document was later found to be fake.

A large quantity of bomb-making materials and equipment which allegedly belong to the suspect were seized from his rented room.

Deputy national police chief Chakthip Chaijinda said “many” passports had also been found in the suspect’s room. They were confiscated as evidence and would be tested for authenticity.

Pol Gen Chakthip said it was unclear if the suspect is the same man seen on CCTV footage wearing a yellow T-shirt and depositing a backpack at the Erawan Shrine minutes before the bombing.

However, sources in the Metropolitan Police Bureau and the Crime Suppression Division said the suspect is not believed to be the bomber. Instead he is believed to be one of three individuals involved in orchestrating the blast, which killed 20 people and injured 130.

Authorities have linked the incident to another bomb which exploded in the water near the Sathon pier the following day. There were no injuries.

The police sources said the detained suspect is believed to have delivered the bomb to the suspect in the yellow T-shirt at Hua Lamphong train station, shortly before the bomber caught a tuk-tuk to the shrine to plant the device.

The sources added the Erawan Shrine and Sathon pier bombers may have already fled the country.

The detained suspect possibly remained in the country because he has problems with his travel document, the sources said. Even passing inspection of the fake passport showed several inconsistencies, the most notable being that the “date of expiry” line had been printed twice.

The suspect has been charged with possessing explosives without permission, said national police chief Somyot Poompanmuang.

He was remanded in military custody at an undisclosed location yesterday after being briefly detained for questioning at Nong Chok police station.

Before that, officers had searched five rooms at the apartment complex, four of which proved empty.

Crime Suppression Division commander Akkaradech Pimolsri said bomb making equipment and parts were found in the suspect’s room, including large packs of 5mm ball bearings, the same as the type used in the two bombings.

Local residents living near the apartment building told reporters the suspect could not speak Thai and mostly kept to himself. Sometimes, he and several friends would eat at a local food stall.

Pol Gen Somyot became visibly irritated when confronted by a reporter’s question as to whether the suspect was a scapegoat. “How can you ask such a question? Are you Thai? It’s completely unhelpful,” he said.

During the raid yesterday, police had cordoned off a 100-metre-wide area around the apartment building. One lane of Chuem Samphan Road adjacent to the apartment was also closed.

Col Noppasit Sithipongsophon, who led the military team in the joint search operation yesterday, said the detained suspect was “definitely involved” with the shrine bombing. 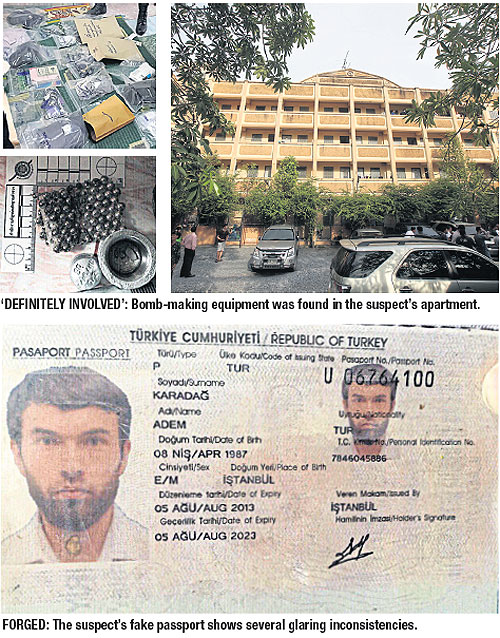 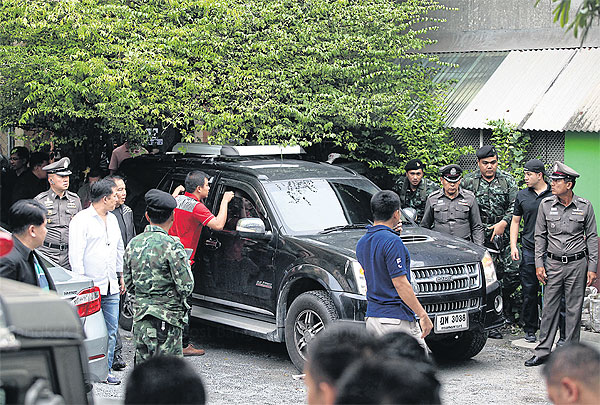 NOTHING TO CHANCE: More than 100 police and military officers were involved in the arrest.