Transsexual Yollada "Nok" Suanyot, or Mr Kirkkong Suanyot as it says on her ID card, went to work at the Nan Provincial Administration Organisation in 2012 and was immediately criticised for wearing the formal uniform of a female to work. The new Gender Act that goes into effect on Wednesday protects the rights of LGBTI people, but there are still major problems with this law. (Bangkok Post file photo)

The Gender Equality Act comes into effect on Wednesday but several gender activists are concerned about the act's Section 17 which prohibits equality in extenuating circumstances.

The act was published in the Royal Gazette in March.

The act gives the government a legal platform to protect the rights of LGBTI (lesbian, gay, bisexual, transgender and intersex) citizens, according to activists.

However, some activists are concerned about Section 17, which is seen as a barrier to creating equality.

The founder of the women's rights organisation Anjaree Foundation, Anjana Suvarnananda, has voiced her optimism on the new legislation passed for LGBTI communities.

The passing of the bill is an advance for equal rights, and it shows society has responded kindly to LGBTI communities and accepts them, she said.

"The bill is very inclusive, but there are still legal loopholes when it comes to the rights of the LGBTI, particularly in Section 17," she says. 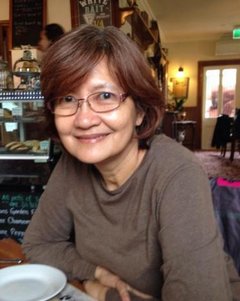 Section 17 says any act by the public and private sector that concerns the freedom, security and protection of others, or in accordance with the rule of religion or national security would not be considered an act of discrimination towards the LGBTI.

"With this section in place, the Gender Equality Act, while providing for gender identity and freedom, continues to disregard equal access to employment for instance, as this section can be used almost under any circumstances,'' she says.

An example of the clause would be that Section 17 gives a company the power to decide against hiring an employee because he or she is LGBTI.

The founder of Teeranart Kanjanauksorn Foundation for women's protection, Naiyana Supapong, who also attended the parliamentary vote for the act, has also voiced her opposition to Section 17.

"I voted against Section 17 alongside a few others such as Angkhana Neelapaijit [a member of the National Human Rights Commission] but it passed on a majority vote," she said.

"We must accept the harsh reality that granting rights to women has been a long fight, and so it goes for the other groups as well,'' she says.

Many other activists preferred to look on the bright side of the legislation.

They hope the legislation results in greater acceptance of LGBTI communities, and they aim to educate people about how they are treated in society, she said.

Transgender and intersex activist Nada Chaiyajit says she is pleased with the progress made by activists nationwide.

"We should see this as a milestone, it is perhaps impossible for legislation to be perfect from the start.

"However, for this legislation to truly be effective, the state will have to educate people about the social changes which will be necessary, " Ms Nada said.

Coordinator of the Thai Transgender Alliance, Jetsada Taesombat, said the Gender Equality Act was important not just for Thailand, but for the region.

"We are close to complete Asean integration, and Thailand must be open to so many ethnicities and especially genders.

"We are geographically the centre of Asean, and we must make necessary changes to our societal perspective to truly play a pivotal role as a leader," Ms Jetsada said.

Ms Jetsada is not concerned about Section 17 because the rights of LGBTI communities are protected under the constitution like everyone else's rights.

"Section 17 is clearly unnecessary and has a negative connotation for the LGBTI communities, but the constitution says you cannot discriminate anyone based on nationality, race and gender anyway," she says.

The government has shown its commitment to educate Thai people on the legal ramifications of the new Gender Equality Act.

The government had also worked with the United Nations Development Programme in hosting a workshop about the new law and challenges faced by LGBTI communities.