KHON KAEN — Three statues of Western superheroes at a temple in Nam Phong district have "teamed up" to encourage worshippers to pay respects at a sacred shrine there.

Some people recently gave the Bumblebee, Hulk and Superman statues to the temple in Muang sub-district as part of their kae bon, or the fulfilment of pledges after they believed their wishes were granted by the power of the “Chao Pu Kham Hua Chang” shrine.

People usually carry out the kae bon ritual with a feast or small wood or plaster figurines.

For a while, the Hulk statue was on its own at the temple. Then came the four-metre-tall Bumblebee last month, with Superman joining the squad recently. The giant Bumblebee statue is erected near the shrine and passing motorists can see it clearly.

Wirat Sriwichai, who is on the temple’s committee, said the number of the visitors had doubled since the statues had been erected on the temple ground, especially now that children are on school holidays.

“Previously we prepared 1,000 sets of flowers, joss sticks and candles daily for visitors. Now we have to arrange 3,000 sets per day,” Mrs Wirat said.

She said many parents brought their children to the temple to see and take photos with the superheroes while taking the opportunity to instill Buddhist teachings in them. The Bumblebee cost 200,000 baht to build while the Hulk was worth 60,000 baht and Superman a humble 30,000 baht, she added. 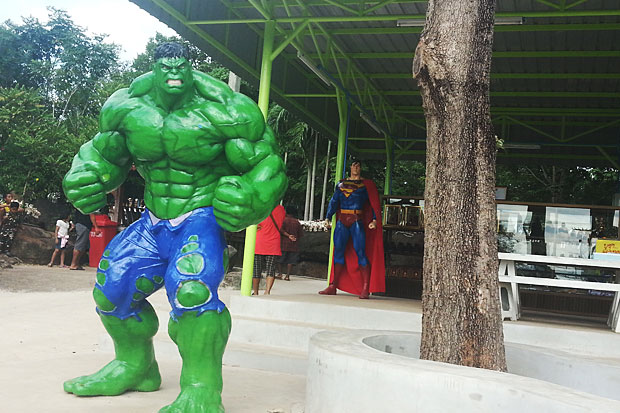 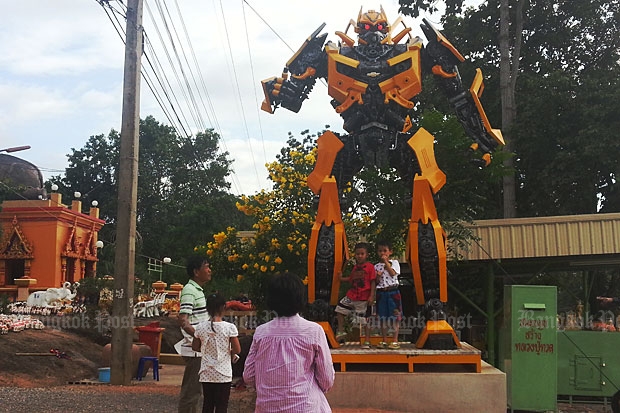