Haze back in southern provinces

Haze from Indonesia has hit southern provinces again and officials have issued a fresh warning against breathing in the dangerous tiny dust particles. 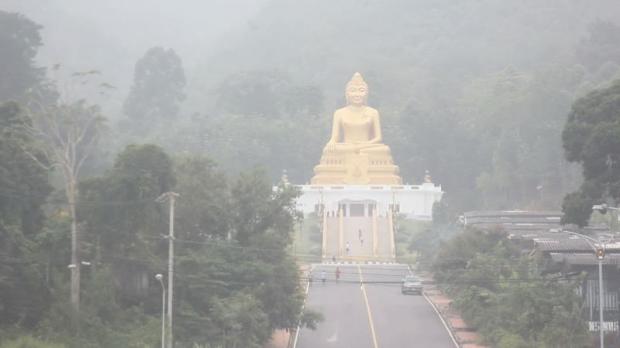 The situation is worrying in Pattani and Songkhla where the levels of dust, known as PM10, or particulate matter with a size of less than 10 micrometres, were above the safety limit of 120 microgrammes per cubic metre (μg/cu m), according to local officials.

The worst-hit area is Songkhla's business district of Hat Yai as the haze has shown no signs of dissipating with the PM10 continuing to rise 176 μg/cu m, environmental officials said.

The tiny particles, about one seventh the width of a human hair, are considered dangerous because they can easily lodge in the lungs.

The officials yesterday urged people, especially those suffering respiratory problems, to protect themselves from the dust by wearing face masks.

Pattani yesterday also experienced a harmful level of PM10 which increased to 137 μg/cu m in tambon Rusamilae in Muang district, according to provincial health officials.

The officials handed out face masks to people in affected areas and told them, especially the elderly and children, to avoid going to locations hit by smog. Those at risk of respiratory illness are advised to avoid spending long periods of time outdoors.

Haze was also reported in another three provinces -- Yala, Trang and Phangnga -- but not at such severe levels.

In tambon Sateng in Yala's Muang district, the PM10 reached 68 μg/cu m in the morning, according to the Pollution Control Department. Officials expected the dust levels to keep increasing.

The officials told villagers to avoid outdoor activities and exercise in covered areas.

The haze, resulting from bush fires on the Indonesian island of Sumatra, has drawn an outcry from neighbouring countries including Thailand which are worried about the health risks.