A military conscript has been arrested for stabbing his ex-girlfriend to death in a jealous rage before embracing her blood-soaked body amidst hundreds of tourists on ‎Pattaya‬’s Walking Street Thursday night.

Wilailak Pidtathasa, 33, of Samut Prakan's Bang Phli district, a female friend and two Australian men were entering the Chon Buri province red-light district when her younger former lover, Pvt Santirat Raksapakdi, 21, leaped out of the shadows outside a 7-Eleven store and plunged a knife into her back, said Pol Lt Chainarong Chai-in, a deputy crime suppression inspector at Pattaya police station, who was alerted around 7pm on Thursday.

Thai media reported on Friday that he then slashed her throat and knifed her several more times as the two foreigners tried to restrain him. They sustained minor injuries as the victim crumbled to the ground.

Witnesses reported Pvt Santirat then laid down and embraced his former girlfriend. The man finally was overpowered by people in the area. Police took off him a long, curved-blade knife and a 15cm meat cleaver. 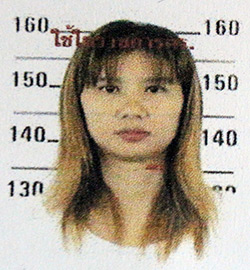 Police said the conscript confessed he had been romantically involved with Wilailak for almost two years. But after he was recruited into the military, the victim ended their relationship.

After learning she was involved with a foreign man, he fled from his military camp to find her. Upon arriving in the seaside city, the suspect attempted to reconcile with Wilailak, but she spurned his overtures.

Before her death, she reportedly filed a report with Pattaya police saying she feared the army conscript might hurt her.

Police said that Pvt Santirat learned his former beau would be with her Australian companion that night on Walking Street and then purchased the two knives and waited for her to show up.

He was charged with murder and is being held in police custody for legal action.

Thailand's stock market is projected to decrease over the next 1-3 months, with the net profit of SET-listed firms bottoming out this quarter from the Covid-19 impact.