A collapsed power pole toppled onto a roadside shelter on Rojana Road in front of a Provincial Electricity Authority branch in Wang Noi district of Ayutthaya on Friday. (Photo by Sunthon Pongpao)

A brief and savage storm blew down about 100 power poles in three districts of Ayutthaya province on Friday, damaging vehicles, residences and shops. No fatalities were reported.

The freak storm struck Bang Pa-in, Uthai and Wang Noi districts at about 3pm. The areas with the heaviest damage were along Rojana Road between kilometre markers 1 and 5 in Lam Ta Sao sub-district of Wang Noi district.

The scene of the worst damage was around the Wang Noi branch of the Provincial Electricity Authority (PEA) where about 100 concrete poles were toppled. Some of them hit passing vehicles as well as houses, shops and condominiums near the road.

Suwat Phak-insee, manager of the PEA branch in Wang Noi, said that 33 big poles were toppled, along with 55 medium-sized poles and some smaller ones, and the damage was estimated at tens of millions of baht.

The PEA is now working to restore power to local communities, which it expects will take about 24 hours, but replacing the downed poles would take days, Mr Suwat said.

Factories in the Rojana Industrial Park were able to continue operating thanks to power supply from transmission lines on the Phahon Yothin Highway, he added.

Patcharee Daengthip, a roast chicken vendor on Rojana Road, said a small thunderstorm preceded a series of heavy windstorms that lasted 3-5 minutes. The wind felled many electricity poles and caused transformers to explode before her eyes. She and her husband could do nothing but take cover in their vending shelter and pray, she said.

The storm also caused traffic accidents on the Asian Highway in Bang Pa-in district including a collision involving an 18-wheeler carrying cement, a pickup truck and a passenger van. Two women were injured. 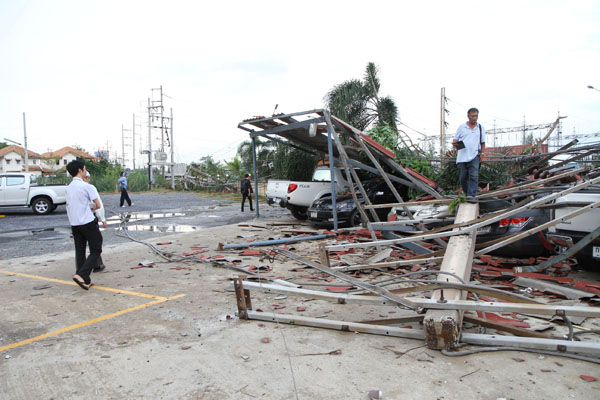 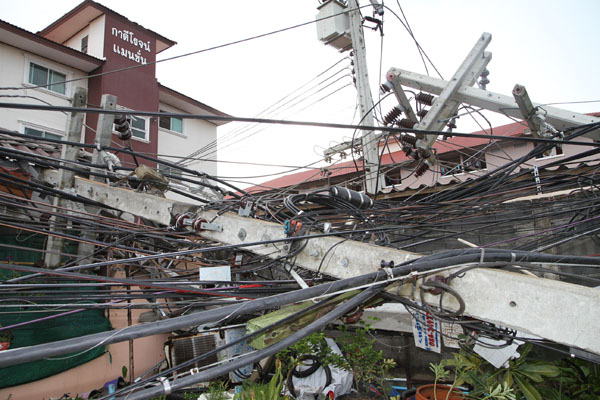 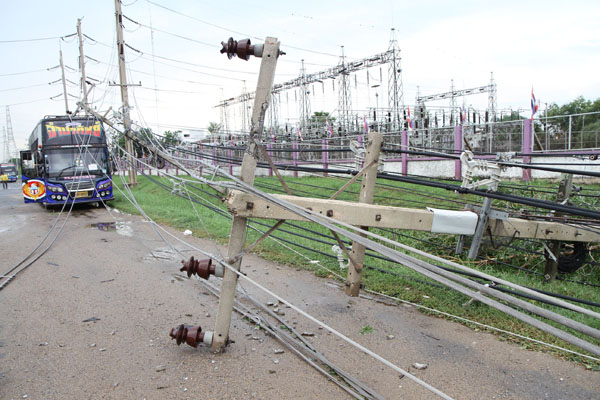